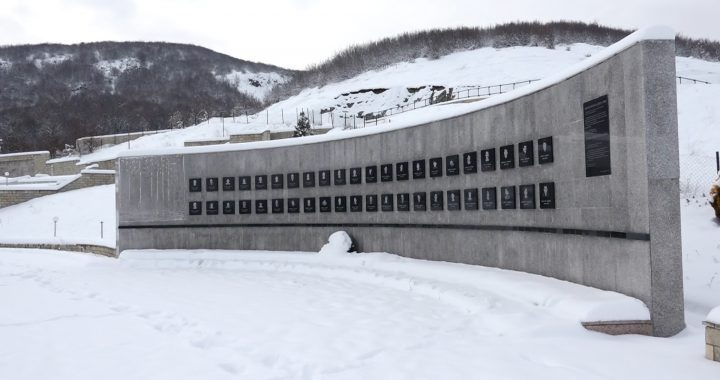 Serbian Interior Minister’s insistence that the 1999 Reçak massacre is ‘a big lie’ is part of a deliberate policy pursued by Belgrade to change history, historians say.

Historian Frashër Demaj called Vulin’s statements reckless and unbelievable and said Serbia is trying to evade responsibility for the Reçak massacre for political reasons. Demaj, a member of the Kosovo Academy of Sciences, says there is no doubt the massacre took place.

“The first thing we have to say is that there was a massacre in Reçak because there were organised police and military forces, even specialized units, commanded by Serbian officers,” he said.

“There is no doubt about it, even though Serbia is trying to hide this for its own political reasons,” Demaj told BIRN.

Another historian, Jusuf Buxhovi, said such statements by Serbian officials are to be expected.

According to him, although Serbia cannot now change history after NATO intervened in the Kosovo war in 1999, and Kosovo’s later declaration of independence, it has a longer-term plan.

“Obviously, faced with international intervention, Serbia cannot change these realities,” Buxhovi said. “But, over time, it has found out that, in the political plan, it can influence [history], and play down the role of the aggressor or completely ignore it”.

According to Buxhovi, Kosovo should take on the denial of history by Serbia.

“Belgrade’s denial of history [of ethnocide and genocide] is more of our problem, changing the status of the victim with that of the winner. Belgrade is making the most of this deception,” he said.

Historian Frashër Demaj said Serbia wants to present itself as peaceful in order to achieve its goals in several regional initiatives.

“Serbia’s qualification of the Reçak massacre and other massacres is [part of] a tendency to justify [itself],” Demaj said. “These statements, reckless as they are, are also unbelievable, not only for the Kosovar public that experienced them [the crimes] but also for international diplomacy.”

According to him, history recognizes Serbia as the initiator of the wars in Slovenia, Croatia, Bosnia and Herzegovina and Kosovo.

To deal with this, Buxhovi proposes that Kosovo adopt a more coordinated stance with internationals on the matter. If it fails to do so, he says, it could turn into a serious problem.

“The discourse of blaming [Serbia] as a response to Belgrade’s propaganda, not only does not help but can also turn into a serious problem, because for the last 20 years, Kosovo politics has used most of these historical facts to get favours,” he warned.

The claims of the Serbian Minister have drawn criticism from the European Union and the United States, both of which have called  the Reçak massacre “proven”.

On January 15, 1999, Serbian police and military forces in Kosovo killed 45 Albanian civilians, including women and children, in the village.

This massacre marked the key moment in NATO’s decision to launch air military intervention against Serbia due to the war and human rights violations in Kosovo.

Vulin on December 11 responded to US and EU criticism over his statements, saying he was proud to be “part of the fight for the truth”.

“I am ready to pay a price, both political and personal, for this. My head is a small price for the right of Serbs not to be ashamed in front of their children because of the lies of others,” he said.

This is not the first time that Vulin or other high officials in Serbia either denied the massacre or denied Serbia was responsible for it. Others including President Aleksandar Vucic have called the massacre a “fabricated crime”.

The Serbian Interior Ministry and the national broadcaster, Radio Television of Serbia, RTS, have been recently co-producing a six-episode series called “The Kosovo File”, which, as announced, deals with the chronology of events and the fate of civilians and the police in Kosovo from 1998 to 2001.