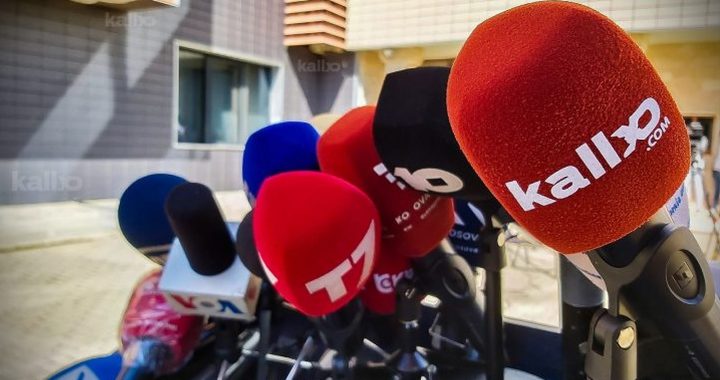 The Council of Europe's Commissioner for Human Rights said that Kosovo is not doing enough to protect journalists from violence after a rise in attacks and threats in 2021.

The Council of Europe Commissioner for Human Rights, Dunja Mijatovic, said in a report on Tuesday that there were 29 attacks on journalists in Kosovo in 2021, but the authorities are not taking such cases seriously enough and perpetrators are being leniently punished.

“Harassment and impunity for crimes against journalists must end,” she said.

Mijatovic raised concerns that there had also been an increase in online intimidation and threats in 2021, “targeting especially female journalists”.

She said that journalists investigating drug trafficking or environmental pollution have been physically attacked and “prevented from reporting by criminal networks”.

She also said that “independent media and investigative journalists suffer insults and fake news, often by political and religious groups”, while “Serbian-speaking journalists are intimidated for their independent reporting by the ruling party in the north of Kosovo”.

She also noted the arrest in April 2020 of journalist Tatjana Lazarevic from Serbian-language media outlet Kossev for “violating the COVID-19 curfew, while she was carrying out investigative work”.

She further cited an attack on journalists by protesters opposing a police anti-smuggling operation in the north of Kosovo. Journalists from BIRN were also chased by the protesters, who were throwing Molotov cocktails.

Mijatovic concluded that attacks against journalists are not “treated with sufficient level of seriousness and that there is a lack of coordination between police, prosecution and courts”. The perpetrators are mainly given fines or other lenient sanctions.

A further cause for concern, said Mijatovic, is “the longstanding impunity for the murders and disappearance in Kosovo of seven Serb and six Kosovo Albanian journalists from 1998 to 2005”.

Mijatovic said she raised this issue in her discussions with the authorities, and “regretted that no progress has been made in establishing the fate of these victims and accountability for these crimes”.

She also insisted that journalists should not be targeted with lawsuits to silence them.

“Journalists should be able to conduct their vital work free from strategic lawsuits against public participation (SLAPPs) and from violence,” she said.