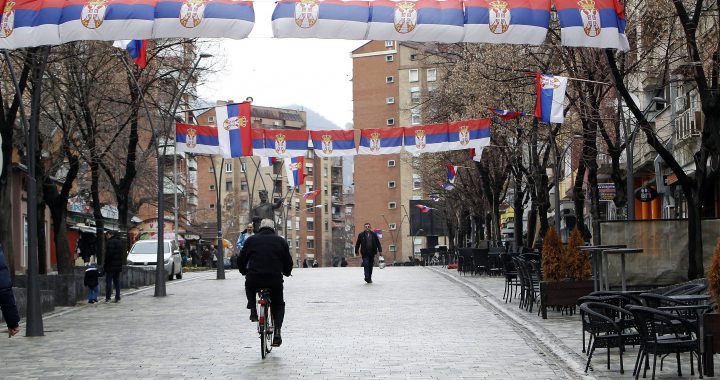 The draft statute of the Association of Serbian Municipalities, one of the key Belgrade-Prishtina deals awaiting implementation, is likely to be complete by early August and to require amendments to Kosovo’s laws, documents obtained by BIRN show.

Leaked reports from meetings of the Kosovo Serb team tasked by Prishtina to draft the statute of the long-awaited Association of Serbian Municipalities reveal that it should be finished by August 4, BIRN has learned.

The reports also reveal that the team and its local Kosovo Serb legal advisers believe that the Association – which will represents Serbs’ interests in Kosovo – can only be created and function if Kosovo amends its existing legal framework, which the Kosovo opposition might strongly oppose.

Kosovo and Serbia signed an agreement in August 2015 in Brussels that envisaged, among other things, the establishment of the Association of Serbian Municipalities.

In December of the same year, a Kosovo Constitutional Court ruling opened the way for the drafting of the Association’s statute, but also found incompatibilities between the agreement and the country’s constitution which it recommended should be amended.

However, the implementation of the deal has been stalled as the Kosovo opposition bitterly opposed the deal, even setting off tear gas in the parliamentary chamber to stop its ratification.

Opposition parties maintained that the Association would violate Kosovo’s sovereignty and create a new constitutional entity, with the Vetevendosje party calling it a “Bosniafication of Kosovo”.

The Kosovo government formed a team to draft the Association’s statute in July 2016. It however failed to complete its mission due to political crises in the Kosovo parliament.

The Association has also become a major obstacle in the Brussels-mediated Belgrade-Prishtina talks, as Serbian representatives insisted on its implementation before moving forward with other issues.

In 2018, after the Kosovo authorities arrested and deported the head of the Serbian government office for Kosovo, Marko Djuric, Serb representatives in the Kosovo parliament threatened to establish the Association unilaterally.

But after EU pressure, Serb MPs dropped the plan and the team started work on the statute in early May.

The reports by Kosovo Serb team tasked with drafting the Association’s statute, which were submitted to Kosovo’s Ministry of Administration and Local Self-Government between May 4 and June 1, suggest that a new special law and amendments to Kosovo’s existing laws are necessary steps towards establishing the Association.

“After detailed analysis of all the agreements adopted during negotiations in Brussels, and Prishtina’s current legal regulations, legal experts think that for the establishment and functioning of the Association in accordance with the deal from Brussels, it would be necessary for Prishtina to bring in a special constitutional law that would be a valid basis for the Association, and that it cannot be done on the level of a [government] decision,” says a report dated May 14.

One of the reports dated May 30 quoted Milena Nikolic, director of a health centre in North Mitrovica and an MP with the main Kosovo Serb party Srpska Lista, as saying that her colleagues – Kosovo Serb MPs – are planning to submit a proposal for a lex specialis that would enable the work of the Association.

“She and her colleagues, Serbian representatives in the parliament of Kosovo, will propose a lex specialis, the law that will recognise [the Association] and give it significant jurisdiction, in order to have the necessary independence in relations with the central authorities in Pristina,” says the transcript obtained by BIRN.

According to the minutes, the OSCE in Pristina has offered legal help to the team for the drafting of the statute of the Association, which began on May 4.

However, the transcripts reveal that the managing team has refused the OSCE’s legal assistance, saying it had sufficient help from legal experts from Kosovo’s four northern Serb-majority municipalities.

The team members asked the head of the OSCE mission in Kosovo, Jan Braathu, to put pressure on Pristina to agree to change its laws.

“When it comes to political pressure on Prishtina with the aim of adopting a draft statue in accordance with agreements made about the legal framework, Braathu told members of [the team drafting the statute] that he does not have that power of influence,” the report dated May 4 says.

However, Killian Wahl, the deputy head of the OSCE Mission in Kosovo, was quoted as telling the team on May 15 that the drafting of the statute is a first step, while the second step would be amendments to the country’s legal framework.

“Killian Wahl highlighted that the [drafting team] should, together with the OSCE, define the starting line and basic elements of the statute, and that issues on which it is not possible to advance should be resolved within political dialogue,” says the report.