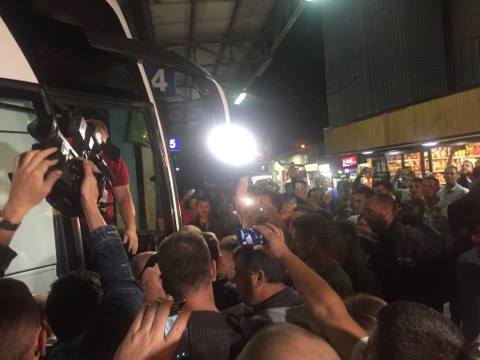 Despite reports of packed migrant buses, Kosovo police say they are unaware of any fresh mass movement of asylum-seekers to Western Europe.

Nexhat Blakcori and five members of his family took the bus from Pristina to Belgrade, on a quest to find a better life in some other country.

Disappointed with the grim economic situation in his impoverished homeland, Blakcori, like many others in Kosovo, would like to try his luck elsewhere. “If I had a job that paid 400 euros a month, I would never leave,” Blakcori told BIRN.

Another Kosovar who did not want to be named also confirmed his intention to leave for Germany.

“I intend to go to Germany through Hungary because there is no perspective here. I have look for work everywhere but could not find any. There is no life here,” he said.

Police in Kosovo can do very little to prevent such people from leaving the country.

An agreement reached between Kosovo and Serbia during EU-facilitated talks in Brussels allows Kosovo citizens to cross the border with Serbia with only their ID cards.

From northern Serbia, they then try to cross the border into Hungary at night, usually with the assistance of smugglers, travelling illegally because they still need visas to be in the EU.

Towards the end of 2014, with a peak in early 2015, thousands of Kosovo Albanians migrated to EU countries via Hungary, intending to seek asylum. Hardly any got it.

In response to queries from BIRN about another mass “exodus,” Kosovo Police dismissed the reports, saying that only one bus left Prishtina for Belgrade on Thursday night, as usual.