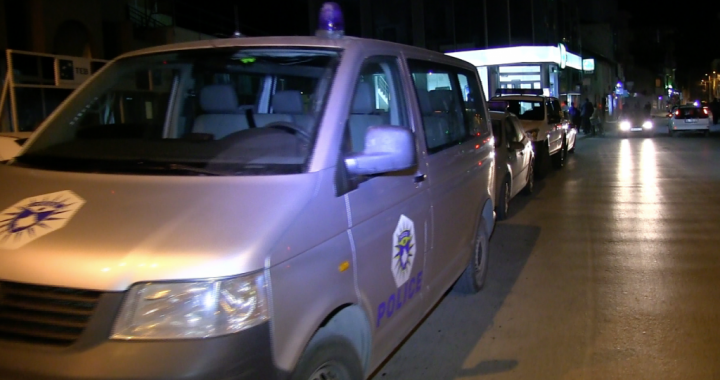 The Police Inspectorate of Kosovo has launched an investigation into five police officers suspended on Friday on suspicion of abuse of office after a video capturing homophobic verbal abuse during questioning was published.

Five members of the Kosovo Police were suspended on Friday following the publication of a video sent to BIRN that showed homophobic verbal mistreatment by police officers of a man under interrogation.

According to a press release by the Kosovo Police Inspectorate on Saturday, the officers are being investigated on suspicion of abuse of office or public authorization, as well as unauthorized video recording.

“The Investigations Department of the Kosovo Police has started an initial investigation after the publication of a video on Kallxo.com… investigations started yesterday [Friday] regarding the suspicion that police officers have commited ‘mistreatment during exercise of official duty or public authorization,’” the press release reads.

Based on the video, two individuals were detained by the Kosovo Police at the police station in Prishtina and were being questioned about a dispute that lead to one person using a knife to threaten the other.

In the video, one of the individuals complains that the other individual had taken 10 euros from him while threatening him at knifepoint. The person who allegedly wielded the knife says that they had agreed to have sexual intercourse in exchange for money, with the other person saying that that was not the case.

The video shows police officers questioning the men and ridiculing them by asking whether they had sex with each other. The officers ask the man in the video whether he is gay, and they continue asking. BIRN has contacted the Kosovo Police’s media office about the video, but they have not responded.

In the video, the police officers can be heard asking “did you f— him or not?” and “did you make out with him?” repeatedly while they recount the incident, while also laughing. The officers also ask “have you f—– somebody else?” and “how much money would you pay to f— him?”

The Police Inspectorate said that the officers failed to address the alleged crime that was reported and did not start the investigation based on the person’s statement that he was threatened with a knife.