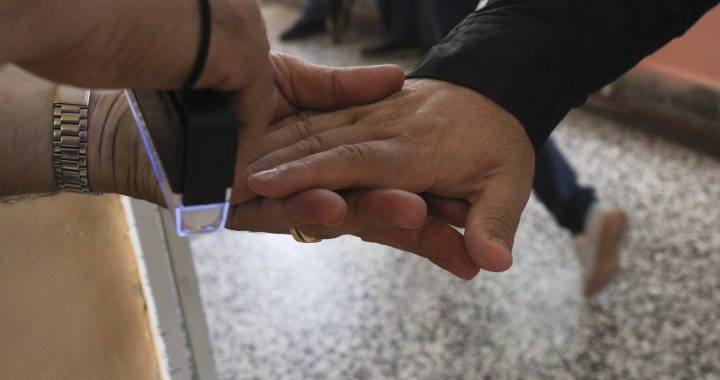 In northern Kosovo, Srpska Lista dominates the political scene. As local elections are approaching, Kosovo Serbs are being denied freedom of choice and freedom of expression.

Just when you might think that it is no longer necessary to talk about freedom of speech and freedom of expression in 21st-century Europe, the Balkans are always there to persuade you otherwise. Every time we even imagine that we’ve taken one step forward towards adopting European standards, our politicians, or at least the events that became all but our daily lives, prove that the Balkans’ path towards EU accession remains to be a long one.

Speaking of freedom of the press, Serbian Prime Minister Ana Brnabic said that there is a lack of impartial journalism and very few objective journalists in Serbia. However, she said that this is “okay” with her, and that does not want to get involved in the work of the media.

In the current socio-political moment, during which the country is attempting to become a fully-fledged EU member state, and where almost every week some media are shut down when attempting to present something that could even be called critical of the government, the Prime Minister’s “it’s okay for me” statement is problematic, to say the least.

On the other hand, the situation in Kosovo is no better. The Editor-in-Chief of Insajderi, Vehbi Kajtazi, was attacked mere days ago. This is yet another attempt to curb freedom of the press and freedom of expression.

Local elections will be held in Kosovo this weekend. Looking at the campaign up to this point, we can say that it was everything but fair for all participants and candidates for local assemblies, at least in northern Kosovo.

A recent blackout that occurred while a show was being broadcast on the private broadcaster CD KiM from Zvecan is the best indicator of the lack of freedom of the press in the north. What is important is that this operator’s broadcasting was not interrupted during just any show, but during a show that presented the mayoral candidates for the four northern Kosovo municipalities. Perhaps even more importantly, not a single representative of Srpska Lista, the Serb List, took part in the show; the candidates on the program were Dragisa Milovic, from the Civic Initiative For our Zvecan; Oliver Ivanovic, from the Civic Initiative  SDP – Oliver Ivanovic;  Dragan Jablanovic from the Party of Kosovo Serbs; and Slavisa Bisevac from the Civic Initiative for Zubin Potok. Once the show began, the broadcast was interrupted, since the cable connecting the TV station to the broadcaster was physically cut in multiple places, several kilometers away from the TV station.

Taking into account the circumstances in which this campaign took place, the fact that Serbia claims that there is only one true Serb List, and that Marko Djuric says that Serbs are to rally around Srpska Lista because it is a national project, we can do nothing else but conclude that this is yet another attempt to suppress freedom of choice, this time by interrupting a show in which anyone who is not a member of Srpska Lista is presenting their platform.

Another indicator of how freedom of choice has been reduced to a bare minimum is a promotional video of one of the candidates for the mayor of Leposavic, which advises citizens on how to vote. In the video, published by local political party National Justice, people are invited to vote according to their own consciousness, and not to vote upon orders from “above.” Further instructions are given on what to do if their job is at stake or if someone asks them for proof about who they voted for. That the politician felt a need to produce such a video clearly illustrates how deep the pressure and voter intimidation is in the north.

In the future, when we look back and ask ourselves how we came to be part of this media darkness and total lack of freedom of choice, the answer will lie nowhere else but in the politicians that we voted into office. This is why the question of who we, as Kosovo Serbs, will vote for on October 22 is so important. We have to really focus on how we are living in the 21st century–somewhere between two countries aiming to become EU member states, but where our rights are violated on a daily basis.

We have no freedom to choose our representatives because we are being obstructed from making our own choices. We are being denied the right to hear another opinion. Even if we did think differently, we do not have the freedom to speak out, because this could determine our fates and possibly lead to getting fired. This is the so-called democracy in which the Kosovo Serbs find themselves today.