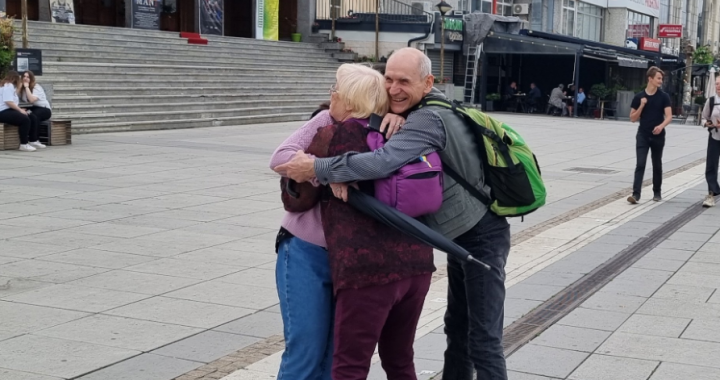 Two more Ukrainian journalists have arrived in Kosovo as part of the Journalists in Kosovo Residence program, which offers sanctuary to media workers following the Russian invasion of Ukraine.

Ukrainian journalists Serhii Shevchenko and Liudmyla Mekh arrived in Kosovo on Sunday as part of the “Journalists in Kosovo Residence” program.

The President of the Association of Journalists of Kosovo, AGK, Xhemajl Rexha, said on Twitter that the journalists will work from Kosovo for their media outlets back home.

“Liudmyla now has two friends, Ukrainian journalists in Kosovo, after Serhii Shevchenko and Liudmyla Mekh arrived in Prishtina as part of the program … implemented by the AGK,” wrote Rexha.

The program was established by the European Centre for Press and Media Freedom and is financed by the Kosovo government.

The government has allocated 150,000 euros to cover their monthly expenses, such as rent for the offices where they will exercise their professional activities, accommodation, other expenses, transport and relocation, for up to six months.

Russia sent tens of thousands of troops into Ukraine on February 24 and the war has since continued without respite.