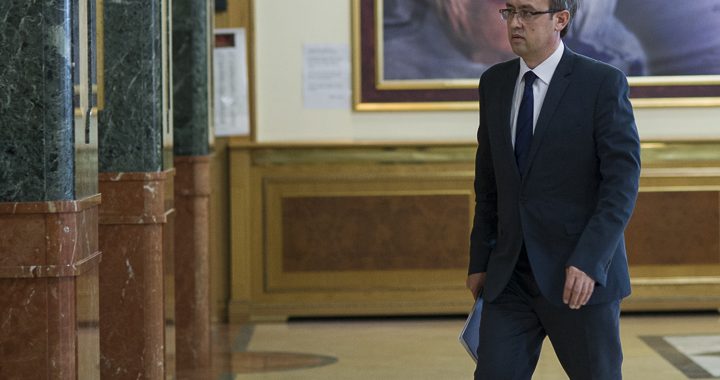 LDK claims it has the votes required to elect a new government led by Avdullah Hoti at a session of the Kosovo Assembly to be held on Wednesday.

The Kosovo Assembly will vote on Wednesday morning on whether to endorse a new government led by Avdullah Hoti, the deputy head of the Democratic League of Kosovo, LDK, only four months after the same chamber voted in a government led by Albin Kurti.

On Tuesday, Arben Gashi, the head of LDK’s parliamentary group, claimed that the party had 64 votes secured, representing a majority in the 120-seat Assembly. The votes seem set to include 28 MPs from the LDK, four from NISMA and 13 from the Alliance for the Future of Kosovo, AAK.

The vote is being held after the Constitutional Court ruled on March 28 that President Hashim Thaci did not act unconstitutionally by giving a mandate to Hoti to form a new administration without holding fresh elections.

Thaci gave Hoti a mandate after Kurti’s outgoing ruling party, Vetevendosje, did not nominate anyone to replace him as premier. Vetevendosje have insisted that the country should hold new elections, and called on Thaci to dissolve the Assembly after losing the no-confidence vote.

However, Thaci had insisted he had the right to ask someone to form a new government without elections, and his stance was endorsed by the Constitutional Court.

On Saturday, Vetevendosje launched an online petition for new elections, which by the time of publication had received over 47,000 signatures. People are also able to sign the petition at Vetevendosje’s offices, and from Tuesday in the main squares of Kosovo’s cities.

Vetevendosje activists have not ruled out the possibility of holding street demonstrations following a series of so-called “rehearsal protests” that followed the relaxation COVID-19-related social distancing measures.

They included protesters wearing protective masks and gloves and keeping their distance with the aid of circles sprayed on the ground in a square in the capital Prishtina.

Kosovo held its last elections in October 2019, after Ramush Haradinaj resigned as prime minister because he was called in for questioning by a war crimes court in The Hague.