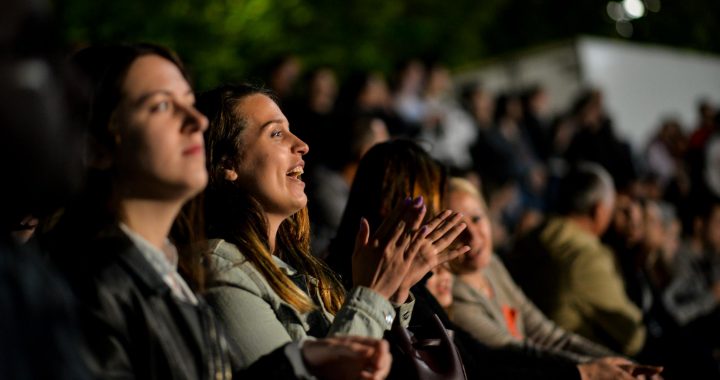 Crowds cheer at a Vetevendosje rally after polls closed on June 11, 2017. | Photo courtesy of Vetevendosje, Facebook.

Mr. Capussela’s not so funny advice to his imaginary interlocutors

Capussela’s satirical column masks deeper truths about the colonial mindset of international bullies who keep sticking their noses in the country’s affairs.

In the “Advice to the diplomats of Prishtina,” published in this magazine, Mr. Andrea Capussela writes about an imaginary conversation he has with some of the international diplomats in Prishtina in the wake of the Kosovo’s election last sunday. The piece was supposedly written as satire, but it hardly comes across as such—and that’s because it hardly is satire. The tongue-in-cheek tone the author uses to dispense advice to foreign diplomats taken aback by the election results thinly masks serious undertones of a colonial mindset among foreigners in Kosovo who see the country as some sort of backwater vassal province.

All the charade of elections and the struggle to grow this small country by peaceful means is a pointless circus that stirs and excites voters who have the illusion that they are in charge of their own destiny. Capussela writes in wrenching sentences full of political machinations and a strain of dark humor that mocks the deluded voters who somehow think, really think, that they have a say about the future of the place they call home. This may be entertaining and funny, but it also summons a feeling of disgust and strikes a raw nerve with Kosovars who have had enough of the thankless years during which these international bullies kept sticking their noses everywhere in country’s affairs.

But deluded they are, the voters in this parodied reality. Not once does the author mention them in this whole business of elections or their genuine desire to change the direction of the country and make it a decent place to live and work. Not once does he allude in his droll dialogue with his hobnobbing buddies that this election might just be the will and voice of the people, regardless of their delusions. Not one does he suggest that time may have come for Kosovars to remind these second-rate diplomats—as Capussela calls them—that they are here to represent their own countries and resent their own careers, but not screw around with the business of elections or meddle with the will of the people.

One wonders why, in the course of this rambling piece, it didn’t occur to Capussela to remind his imaginary interlocutors to take the judgment of people seriously. Not politicians, not elites—but voters, young and old, voters who have a home in Kosovo and raise their children there. Voters who voted to change the direction of the country, voters who decided to fire politicians who did irreparable harm to society, voters who rose and said enough. Voters, citizens, who—though they may be struggling with a weak economy and widespread poverty—believe and are the real guardians of hard-won liberties. Voters who want their elected people to run the country, not the sycophants who kowtow to some random Eurocrat and other misguided internationals who think of themselves not as regular diplomats, but as colonialists dispatched here by some emperor or king.

No, none of that happens. Instead, Capussela deploys machiavellian advice on how to bring order and deal with the havoc of the so-called free and fair election and all that sorry-ass business of voters’ will. Wittily he suggests handling the elected people like  they are a bunch of minions playing some useless game under the watchful eye of a tyrant, or that they are parts of a scrambled jigsaw puzzle. “…you break them up. Then you pick some parts… and put them together…the parts you don’t use you throw…” and so on.

Parts. Break them down, load them up, ship them out. Or slice and dice them. Who cares? They’re parts. Again, this would all be funny if it didn’t reflect deeper truths about backroom deals or serious discussions in a parallel reality in which these diplomats live and plot against Kosovo’s democracy. To be sure, though, this doesn’t mean that all of these foreign representatives are of the same ilk. There are many who do what they are supposed to do: represent their countries or be genuine partners to their Kosovo counterparts.

At the end of Capussela’s piece, all the parts are arranged harmoniously in his playful mockery. But those parts that prefer to call themselves people or voters are discarded. “And all will be well, if all won’t go wrong,” he concludes. In other words,  things may still go wrong if you, the Kosovar voter, do not stand up to these international meddlers and peddlers who have bullied you and trampled over your dignity for the past eighteen years.