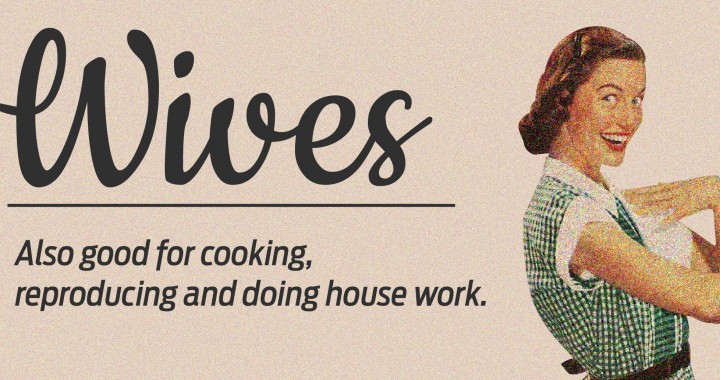 The ongoing joke of brutality against women

From the editor: from sexist jokes to public beating of women, it has never been less funny to be a woman in Kosovo, or anywhere else for that matter.

‘What’s a man doing when he throws a woman out of the window? Pues polluting the environment. And: how is a woman like a squash ball? Pues the harder you hit her, the faster she comes back.’

Let me spare you the rest of the page-long list of misogynist jokes Roberto Bolano pointedly includes in 2666, his magnum opus which goes to great pains to viscerally describe the murders of hundreds of women in the Mexican border town Santa Teresa (a stand in for real life San Juarez). The jokes are told by cops who are supposed to shed light on the murders and disappearance of hundreds of women in the Mexican desert. These jokes are illuminating indeed: they show how little a woman’s life is worth – how disposable they are. In Bolano’s world women are considered stupid (‘what do you call a neuron in a woman’s brain? Pues a tourist.’), tools to clean and cook, objects to rape. They are subhuman.

We live in 2666 and the future looks bleak. The Albanian woman who was hit repeatedly by her husband in the middle of the street in front of her children and many astounded bystanders certainly did not find the violence funny. Neither did a woman from Malisheva who was beaten by her husband a few days ago.

The same goes for Emily Doe, whose letter to her rapist, Brock Allan Turner, heartbreakingly sums up how victim blaming and rape culture work – after all isn’t the Stanford rapist an excellent swimmer?  None of these cases are unique, or unfortunately uncommon – but this list just comes to show that it has been a rough week.

Front pages and newsfeeds have been flooded by news about violence against women only two years after TIME magazine suggested that the word feminism needs to be banned. Oh how not with the times TIME was.

These cases have sparked reactions, many empathize with the victims, others like me are angry and frustrated. Yet as in the case of the Stanford Rapist, the victims are usually the ones to bear the burden of justifying their actions, as if they incited the violence unleashed upon them. What was Emily wearing when she was raped by Brock behind a dumpster (while she was unconscious mind you)?

‘Rape culture is legitimate since gender relations, roles and values in various fields and institutions keep on reinforcing the belief that manhood should be proven through dominance and aggression towards women (and other men), whereas women must prove their validity by being submissive, silent and passive.’

Just recently, a former Minister of Education of Kosovo has been accused of sexual harassment of a student. After he cleared up the case with the ‘family’ he was released.

A veteran member of the governing party the Democratic League of Kosovo (LDK), Donika Gervalla has recently been dragged out of the party’s congress. Need I go into the violence perpetrated on women Members of Parliament of the opposition who were suspected of smuggling tear gas canisters through their magic ladyparts?

68 % of women in Kosovo have experienced domestic violence according to a report by the Kosova Women’s Network (KWN), while a more recent report finds that 64.1 % of women were sexually harassed in their lifetime. In 2015 alone, according to the Kosovo Police, there were 1,038 cases of domestic violence, 54 reported cases of rape and attempted rape, and 65 cases of sexual abuse of minors under the age of 16.

Nevertheless, rapes and domestic violence are embroiled in questions of shame and honor, and as such are wildly underreported. It does not help that 14 Kosovo police in Suhareke were allegedly involved in the sexual abuse (read: rape) of two minor girls.

When it was proposed to include survivors of sexual war in a law that defines pensions for civil victims of the war, many Kosovo MPs opposed the bill and one was even threatened and beaten for “defending shame.” Nevertheless, last year on Kosovo’s liberation day (June 12) two important installations commemorating women who suffered sexual violence during the Kosovo war in 1999 were inaugurated, changing the way rape survivors are talked about in the media. We have moved on from calling them victim  to survivors – which is a great leap.

After these gruesome videos of Albanian women being beaten showed up online, many people started posting videos of other similar cases around the world. Sometimes they made the implicit meaning explicit: Look, women get beaten everywhere! Yes, violence against women, just like patriarchy, is dominant in most countries on Earth. Its prevalence is not an excuse – it should raise the alarm.

On Friday, a group of activists in Tirana are organizing a rally to ‘break the silence’ about violence against women in Albania. On this side of the border however the discussion about how women  are systematically beaten, raped and pushed around has yet to happen in a constructive manner.

Men and women have to open a frank discussion about who gets beaten and raped and who does the beating and raping. This discussion is not going to be a comfortable one and it will require all the strength and humanity in admitting the violence we perpetrate and tolerate, and through our tolerance reinforce. We reinforce it with the way we talk, share content online, the way we raise children and treat our peers. This includes our banter online or offline, and to make fun of a woman who gets punched in the middle of the day, or kidnapped and raped by an ex boyfriend – well that is a sick joke indeed.

This article incorrectly referred to an incident’s location as Podujeva. The incident happened in Malisheve instead.