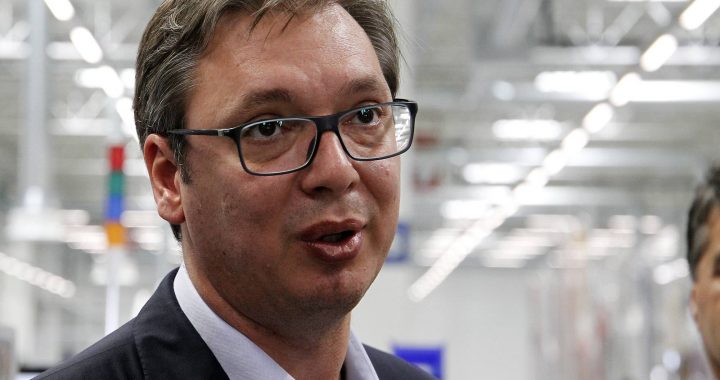 Serbian President Aleksandar Vucic’s recent op-ed asks Serbs to accept the reality in Kosovo. But as Kosovo Serbs, we have already been living within that reality for a long time now.

For several days, Serbian President Aleksandar Vucic’s op-ed published in the Serbian daily Blic was a major media topic. The piece refers to Kosovo and calls for the opening of an internal Serbian dialogue on Kosovo. Right away I wondered how this piece would address everyday issues faced by Serbs in Kosovo. But, I thought, it’s worth giving it a chance; though this issue can be futile sometimes, it is good to hope for a solution.

When Vucic’s piece was finally published, all media platforms transmitted communicated the parts that referred to the essence of the piece itself. I must admit, I didn’t read it all at once. I was avoiding the feeling of betrayal, a feeling that I have felt for the I don’t know how many times now, as somebody living in Kosovo. But in the end, you cannot avoid reading it.

It pertains to me directly and the people living here. After I read it, the same question remained: what was the point of writing this piece? In the end, too many questions arise from his text, so I decided to write about my own understanding of what the Serbian President’s message was.

First of all, in his op-ed, Aleksander Vucic calls upon people to accept reality. It’s not any other reality but a Kosovo one. A reality that we are living in every day. Maybe this is a call to Serbs living in Serbia to accept the reality, but it seems to me that Kosovo Serbs have been living under this reality on a daily basis for quite some time now.

Serbian documents held by Kosovo Serbs have been useless for some time now, so the number of Serbs with Kosovo documents is increasing. We have been changing our phone numbers and receiving text messages saying that are Serbian numbers are being disconnected. We have been voting within the Kosovo system since 2013. Our political representatives have been participating in Kosovo institutions, while we celebrate Serbia’s victories in Kosovo’s elections.

If you’re talking about this reality, it seems to me that we accepted it and started living within it a long time ago.

Our IDs are problematic, our books cannot reach Kosovo localities, our health documents have been taken away from us. I couldn’t miss President Vucic’s statement in the Blic: “I would like for us to try and resolve our conflicts, once and for all, if possible, and if not, then fine, nothing.” What do you mean, nothing? Do you know that there are people fighting on a daily basis to try and resolve this conflict on both sides? Does it seem to you, as it does to me, that the problem here is politics, not ordinary people? Would you agree that politicians are our problem, the politicians who send provocative trains or build walls? Or maybe you think that it is the ordinary people who are just trying to live normal lives in a place that lost any normalcy a long time ago. What do you mean, ‘fine, nothing’? How can you say this to the generations who grew up during war, those who didn’t know peace and stability? I don’t know, just asking.

You mention all the people who are against the dialogue, either because they gave up on Kosovo or because they don’t want Serbia to participate in the dialogue because it could mean that we will give Kosovo up. I am someone who knows the difference between Pasjane and Partes, someone who supports the dialogue and who thinks that dialogue is the only way to solve something. But what I fail to see is the reason for Vucic writing this piece. Was it an announcement of Serbian recognition of Kosovo? Was this a subtle message to us that it is high time that Serbia recognizes the independence of what its constitution considers to be a part of the Serbian territory?

I don’t know, just asking. But it definitely seems so. This seems as a good prelude what is to come. It’s not that we didn’t expect it–at least us Serbs from Kosovo. It’s been clear to us for quite some time now where all of this is leading and how this will end. But it is not okay or fair to inform us about this through an op-ed in print media. It isn’t fair to deceive us for years and to tell us that it was all done for our sake, just to then receive the opposite.

I don’t know what the point of President Vucic writing this piece was apart from the the announcement of recognition of Kosovo, but what I do know is that this is not fair. It is not fair to the people who keep on hoping, who keep on expecting. It is not fair for people who have been surviving for the past 18 years in Kosovo despite everything, and who believe that Serbia is doing something for their benefit. That much I know, and for the rest, I only wonder.

In the end, President Vucic calls for peace and conflict resolution. If I fight for anything, I fight for that. It is true that we gained nothing from war that we did not lose in peace. That’s true. But it is worth asking here: Mr. President, do you recall who called upon us to enter these wars? Maybe I don’t myself remember, but we do live in the age of the internet, and everything is available to us. We can easily be informed. And we heard it from the elderly, too. I remember that the former Serbian president, Tomislav Nikolic, mentioned potential war exactly in the midst of the commotion created around the infamous train.

I support change, especially if that change is aimed at peace. But in this way, Vucic’s piece is distasteful. It is not pleasant, not fair. Many questions have remained after this piece, and then we heard the President Vucic’s statement that Kosovo has been holding us all back. I think that from that point on, everything became clear, if it hadn’t been up to that point.

We are aware of the reality, we are aware because we are living it; we expected this, but not in this way. I don’t wish to be misunderstood–I am absolutely somebody who fights for reconciliation between Serbs and Albanians, and I consider dialogue a solution. But I am also against lying to and deceiving one’s own people. You cannot tell us about Serbian victories in Brussels, or swear to preserve the constitution, and at the same create a Gordian knot out of Kosovo that becomes even more difficult to untie. And then, after that, subtly or not, announce the recognition of Kosovo. I don’t know, I’m just asking… is it fair?

This article was originally published by New Perspektiva.