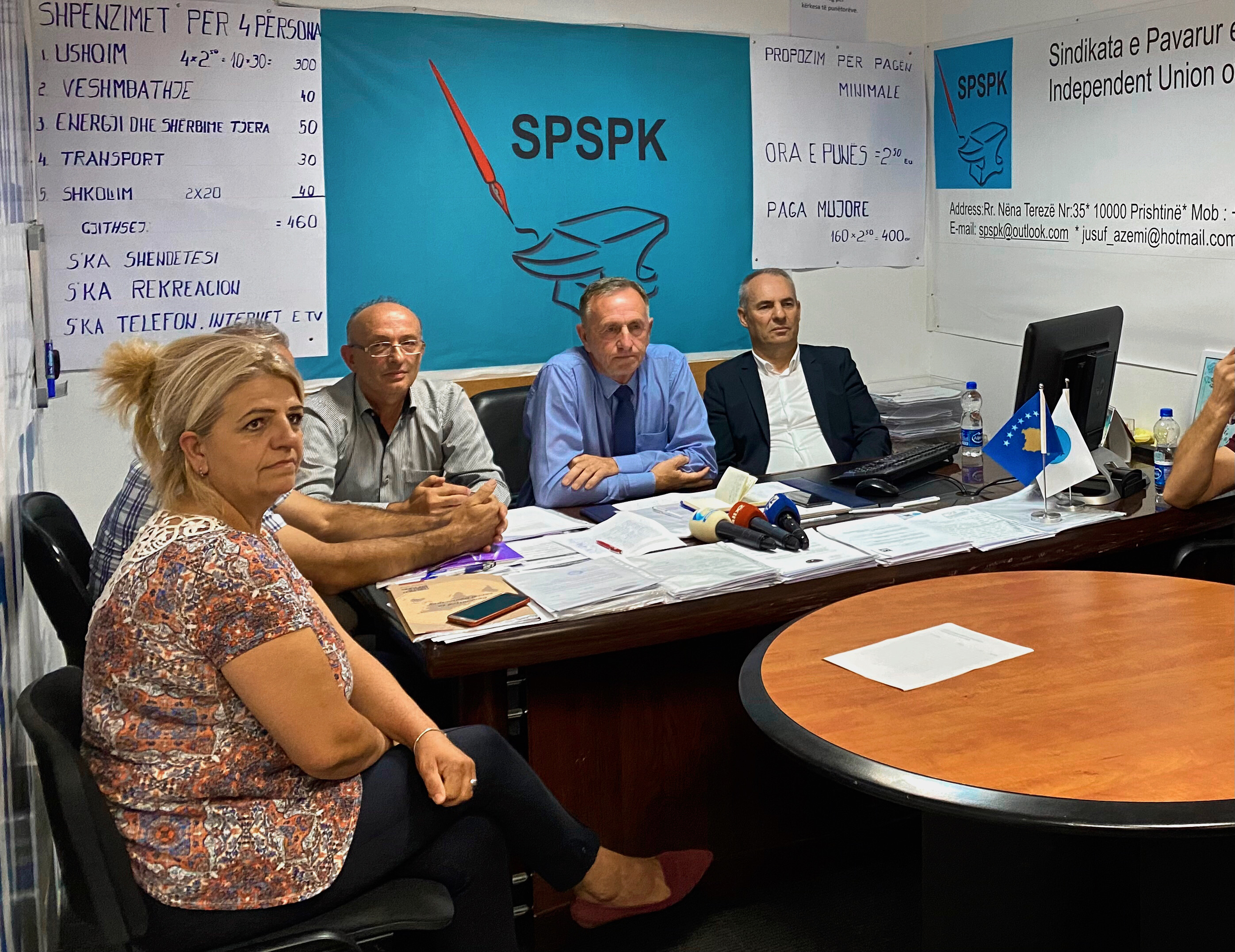 Unions warn of a strike if the government does not directly subsidize private sector workers’ salaries as part of the latest support package.

On September 3, the Ministry of Finance announced that it will subsidize half of the salary increase for private sector workers, up to 100 euros for the first three months  but only if their employers cover the other half of the rise, as part of the Inflation Package introduced by the government to tackle current high inflation in the country.

However, the Union of the Private Sector Workers, UPSW, has instead demanded that the government remunerate members with 50 euros, regardless of the actions of their employers.

The head of the UPSW, Jusuf Azemi, said a strike is inevitable if this condition is not agreed to.

According to the UPSW, unless this is done, 95 per cent of workers in the private sector will not be able to get a pay rise.

“Our union demands removal of the condition that, if the owners of the companies pay for the workers up to 50 euros, the government will also pay. If this condition is not removed, 95 per cent of workers in the private sector of Kosovo will not receive any funds,” it said.

“We will support every business that increases workers’ wages by subsidizing 50 per cent of the salary increase for workers, to a maximum of 100 euros for the first three months,” Kurti announced.

Another demand of the UPSW is an increase to the minimum wage, accusing Kurti of giving them false hopes during the last election. Minimum wage currently is 250 euros neto, after the Government increased it in April, from 170 euros for people aged 35 or older and 130 euros for people under 35.

Representatives of the UPSW said they are coming under pressure from workers over salary increases.

Sabri Ejupi, head of the Union of Physical Security Workers in the Main Clinical Center, in Prishtina, demanded that the government remove the subsidy for the inflation package.

“Private companies do not have the power to pay this 50-per-cent subsidy. We have pressure from security workers to go on strike,” he said.

The same stance is taken by private-sector workers contracted through their companies to work at the University of Prishtina and other public institutions.

During the press conference, unions offered to wait until September 20 for the government to make a move. But if something then does not happen with their demands, they will urge private sector workers to go on strike.

Kosovo is also facing a strike by public-sector unions starting on August 25. They are demanding an additional 100 euros per month until the approval of the salary law.