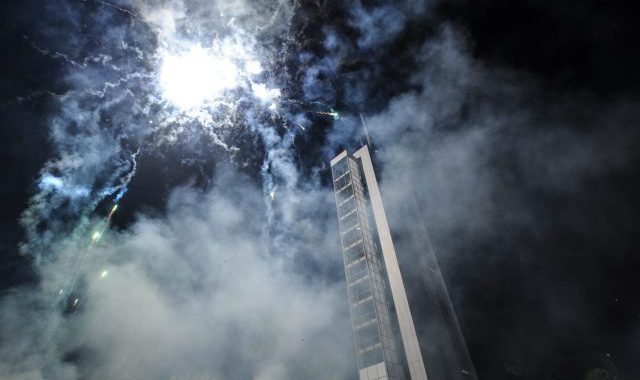 Response to a critic (what did citizens actually say?)

A response to Mikra Krasniqi, a critic of my advice to the diplomats of Prishtina.

My advice to the diplomats of Prishtina elicited the stern critique of Mr. Mikra Krasniqi. My piece is big enough to defend itself. But as he criticises also me and my approach to the problems of his country, I checked what views I had when I wrote a book about it. This is what I found, which reassured me. They are the conclusions, respectively, of the chapters on Kosovo’s democracy and on its economy:

If their activism shall rise, therefore, the progressive forces in Kosovo’s society might have greater and more benign influence than external intervention over the evolution of the political institutions.

… if the signs of greater civic activism observed since late 2012 shall grow the trajectory of the country could begin to shift, blowing some life into its formal institutions and opening them to the demands that society expresses. What is more interesting to note here is that, if it shall occur, such shift will probably be owed mostly to endogenous forces: those which Kosovo’s foreign supporters and international supervisors have hitherto either ignored or opposed, while allowing the dominant coalition to entrench itself and consolidate that social order. [the ‘dominant coalition’ is the elite, and the ‘social order’ is what—the book argues—lies at the roots of Kosovo’s political and socio-economic problems]

If their activism shall rise, therefore, the progressive forces in Kosovo’s society might have greater and more benign influence than external intervention over the evolution of the political institutions. … if the signs of greater civic activism observed since late 2012 shall grow the trajectory of the country could begin to shift, blowing some life into its formal institutions and opening them to the demands that society expresses. What is more interesting to note here is that, if it shall occur, such shift will probably be owed mostly to endogenous forces: those which Kosovo’s foreign supporters and international supervisors have hitherto either ignored or opposed, while allowing the dominant coalition to entrench itself and consolidate that social order. [the ‘dominant coalition’ is the elite, and the ‘social order’ is what—the book argues—lies at the roots of Kosovo’s political and socio-economic problems][/aesop_content]

But I would not have written this had Krasniqi not raised a more general question, of capital importance: popular sovereignty. He writes profusely of this. In particular, he asks me ‘to take the judgment of people seriously’: the judgement, he adds, of the ‘[v]oters who voted to change the direction of the country, voters who decided to fire politicians who did irreparable harm to society, voters who rose and said enough. Voters, citizens, who… believe and are the real guardians of hard-won liberties.’

But what was their judgement? Turnout was little over 41 per cent. The electoral lists are inflated, but it is hard to imagine that more than half of the electorate voted. Of those who did, some 60 per cent voted for the two lists representing Kosovo’s elite; 27 per cent voted for Vetevendosje; the rest voted for minority parties, which can be assimilated to the elite, or negligible ones.

I see no sign that citizens or even voters, taken as a whole, have a ‘genuine desire to change the direction of the country,’ as Krasniqi contends. Roughly three citizens out of eight voted for continuity, and another four were sufficiently content with the status quo, or so sceptical of the possibility of change as not to bother voting. Only one in eight voted for change. This is twice as much as in 2014, but is a small minority.

This leads me also to Krasniqi’s reference to Machiavellianism. Having said that he will depart from the common opinion of his contemporaries, in Chapter XV of the Prince Machiavelli explains that

since it is my object to write what shall be useful to whosoever understands it, it seems to me better to follow the real truth of things than an imaginary view of them. For many Republics and Princedoms have been imagined that were never seen or known to exist in reality.

I was taught that Machiavellianism is the invention of his adversaries, who spent four or five centuries denigrating him. Why did they do so? Because he did precisely that: describe things as they actually are. And as politics then was mostly domination, his adversaries were unhappy that such a sharp mind would apply itself to describing to his readers exactly how they were being dominated.

Arguably, Kosovo’s citizens too are dominated: I don’t wish to downplay the importance of independence, but there is no doubt that what Krasniqi calls ‘hard-won liberties’ are less a reality than an aim. The diplomats and foreign scribblers that Krasniqi criticizes are part of Kosovo’s problem. But the other part of the problem, the main one in my view, is that half of the electorate vote and those who do overwhelmingly support the elite.

This inconvenient fact cracks Krasniqi’s arguments. For I suppose that he will agree that the elite is a manifestation of Kosovo’s politico-economic problems and a proximate cause of their persistence. So if we want to respect the popular will we must conclude that Kosovo is doomed, at least over the medium term, as the elite is fully entitled to continue governing it (if they can manage to set their differences aside, as they did in 2014, and join up in a grand coalition). But is this so? Is the popular will reflected by these electoral results?

One approach to these questions is to ask oneself why so few citizens vote and so many support the elite. The answer I tried to give in my book draws on the distinction between individual rationality and collective interest, and between revealed preferences (the actual electoral results) and latent ones (one’s idea of the good life). I think that Kosovo’s citizens are well aware that their elite is bad, and keeps them poor, downtrodden, and unemployed, but absent a credible alternative it is in their interest to go on supporting that elite, from which they can at least expect the little favours that make their life bearable (a job in the public administration, tolerance for unpaid bills, et cetera).

What I just described is a collective action problem, whose causes (e.g., citizens’ low capacity to organize) and effects (e.g., low turnout and bad elites) are observable throughout the region. The peculiarity of Kosovo is that the problem is made worse by the direct and still heavy political influence of Western powers, which, for their own (partly reasonable) reasons, support the elite and therefore oppose their challengers and dissuade active civic engagement (the view of democracy they publicly propound is the minimalist one: ‘vote, observe quietly for four years, and reward or punish your representative at the next election’).

Hence my advice. In essence, what I told the diplomats is this: ‘your tactic, though short-sighted and wrong in principle, worked relatively well until 2014; then it backfired; so it is also in your interest to change it; what you must do now is reverse the direction of your intervention, and then retire.’ Others have challenged the legitimacy of this last leg of my reasoning, if you wish to call it that way. On Twitter I used this parallel to defend it, which seems clear enough: if the West put Attila in charge of Latvia and then, for whatever reason, removed the monster from power, one should criticise the first intervention, because it was wrong in principle and misguided, but can welcome the second, which undid its effects. For not removing Attila would be more respectful of Latvian sovereignty, but would prolong its misery.

Note that in our case the intervention that is now required is relatively limited: all the diplomats have to do is prevent the KLA list from manipulating the political process, and dissuade the LDK-led list from joining them, which is their stated policy anyway.

One could retort that popular sovereignty is a principle so important that no external interference, however limited or benign, is ever morally justifiable. This is what I read it between Krasniqi’s lines. It is a noble position, which my instincts forbid me from criticising. But I wonder how long it will take for Kosovo to take this elite off its back with its sole forces. If my reading is correct, the obstacles to collective action are high enough to make it a rather distant prospect. At any rate, I have no skin in this game and it is not for me to solve this dilemma: it is Kosovo’s problem, and it is for its citizens, politicians, and intellectuals to work out a solution. I hope they will consider also the question I tried to answer: why did only one citizen in eight (or seven, at most) vote for change?