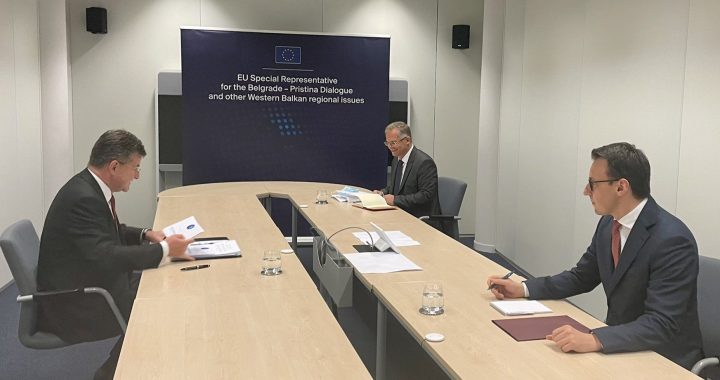 Serbian and Kosovo officials have agreed a ‘road map’ for the future operations of a Belgrade-backed electricity company that will finally charge consumers in Serb-majority municipalities in northern Kosovo for energy supplies, but without giving specific dates.

The EU’s envoy for Serbia-Kosovo dialogue, Miroslav Lajcak, announced on Tuesday that Belgrade and Pristina have agreed to a ‘road map’ to further implement energy agreements made in 2013 and 2015.

Lajcak said that Belgrade and Prishtina’s negotiators adopted the Energy Agreements Implementation Roadmap, and described this as “a major step forward”.

The intention is to solve the problem of how consumers in Serb-majority municipalities in northern Kosovo will pay for energy supplies. The situation has not been resolved since the end of the Kosovo war in 1999, and Serbs currently do not pay for the power supplied to them because they do not recognise Kosovo’s institutions as legally valid.

According to the road map, the Kosovo Energy Regulatory Office will issue a supply licence to Drustvo Elektrosever, a subsidiary in Kosovo of Serbian state-run energy company Elektroprivreda Srbije, “in accordance with Kosovo’s legal and regulatory framework”. The road map does not say when the will licence will be issued, however.

Within ten days of the licence being issued, Drustvo Elektrosever “will sign the necessary technical agreements with KOSTT [Kosovo’s electricity network system operator] and KEDS [the Kosovo Energy Distribution and Supply Company] in order to operate in the Kosovo energy market”.

“This enables billing of electricity in 4 Northern Municipalities of Kosova, under Kosova laws and regulatory system,” Bislimi added.

The roadmap also says that, within 30 days of the supply licence being issued, KEDS and KOSTT – under EU facilitation, if required – will have access to the Valac/Vallaq electricity substation, as well as to other transmission and distribution infrastructure.

The Valac/Vallaq substation is near Zveçan, in one of the Serb-majority municipalities in the north of Kosovo. In November 2021, Serbian President Aleksandar Vucic described it as the heart of Kosovo’s power system and the key to Kosovo’s energy stability and said he expected Pristina to “take it over”.

But this was then blocked by Serbia because the agreement stipulated that Serbian-controlled companies offering power supplies would have to register with Kosovo’s Energy Regulatory Office.

Serbia refuses to acknowledge any symbol of the statehood of its former province, whose independence it does not recognise.

Because of this, it was then agreed that the Kosovo operator KOSTT would be recognised as a supplier for the entire territory of Kosovo while Serbia’s EMS would provide support for the Kosovo operator to become a member of the European network of transmission system operators, ENTSO-E.

KOSTT began to operate independently from EMS across the whole of Kosovo in December 2020, and then became part of ENTSO-E in a joint energy bloc with Albania.