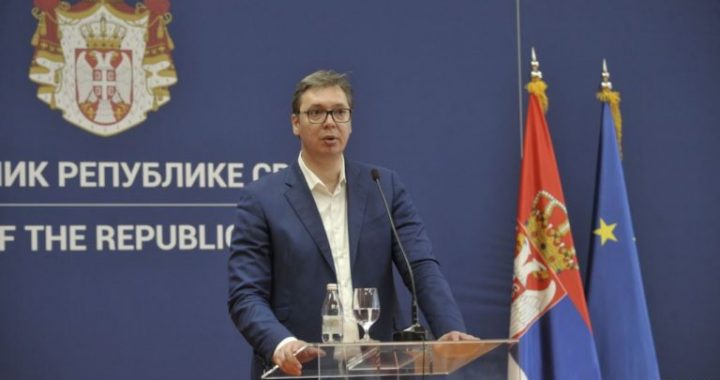 A Kosovo lawyer filed a criminal complaint against Serbian President Aleksandar Vucic, accusing him of spreading hatred by claiming that a 1999 massacre of Kosovo Albanian civilians was fabricated.

“[He] systematically denied the Recak massacre, in which Serbian occupying forces killed 45 Albanian civilians of various ages,” the complaint said.

Vucic on Thursday accused the former head of the OSCE Kosovo Verification Mission, William Walker, of faking the Recak massacre, which happened in January 1999.

He said that “it was all fabricated by that global fraudster, scammer and swindler, Walker”.

After the mass killings by Serbian forces in Recak, Walker went to the scene and said that the killings were was “a crime against humanity”.

Walker’s involvement was a factor in NATO’s subsequent decision to bomb Yugoslavia in order to make Serbian forces end their military campaign in Kosovo.

A spokesperson for the European Union’s mission in Kosovo told BIRN on Friday it was up to the courts to determine whether or not any statement constitutes a criminal offence.

Todosijevic was elected as an MP with the Belgrade-backed Srpska Lista bloc in October and was previously a minister for administration and local government in the Kosovo government.

He was sacked in March this year for making his comments about the massacre at a ceremony to mark the 20th anniversary of the NATO bombing of Yugoslavia.

“The reason for the [NATO] aggression in our country was the so-called humanitarian catastrophe in Kosovo and the fabricated Recak [massacre], and the Albanian terrorists are the ones who made all this up and committed the biggest crimes in Kosovo,” Todosijevic said.

He was sentenced to two years in prison, but can appeal against the verdict.