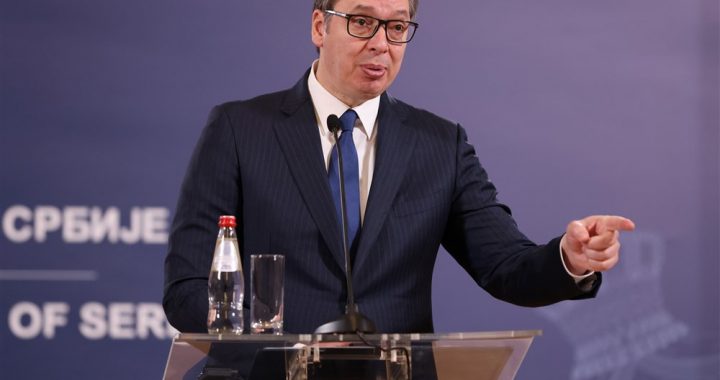 Aleksandar Vucic said nine more countries – six of them in Africa – had withdrawn their recognition of the former Serbian province, claiming that now 'only 84 [countries] unequivocally recognize it'.

Vucic told the media that, “as things stand in the world today, as many as 106 countries do not recognize Kosovo’s independence, only 84 unequivocally recognize it, [and about] three countries are not clear”.

“We have nine that have withdrawn their recognition: Somalia, Burkina Faso, Gabon, Eswatini [former Swaziland], Libya, Guinea, Antigua and Barbuda, St Lucia and the Maldives,” Vucic said, adding that “we are waiting for the tenth”.

In May 2022, after Kosovo applied for membership of the Council of Europe, Serbia said it would resume its campaign for Kosovo’s derecognition.

Vucic said: “On the day we get official confirmation that they [Kosovo] broke the Washington agreement, we will show you what the answer is of a sovereign and independent state like Serbia”.

“On that day, we start first to show you that, and then are moving on to continue and further accelerate, work on the withdrawal of [recognition of] Kosovo’s independence,” Vucic said.

Vucic was referring to agreements Serbia and Kosovo signed in September 2020 in Washington, when Serbia pledged to stop its campaign to get countries to “derecognise” Kosovo for one year, while Kosovo promised to stop applying for membership of international organisations for a year.

According to BIRN’s 2021 analysis, the agreements brought no major developments, except for Israeli recognition of Kosovo, in February 2021.

According to a list of recognitions on Kosovo’s Foreign Ministry website, 117 countries have recognised its 2008 declaration of independence from Serbia. But the list includes countries that Serbia claims have since withdrawn their recognition.

Kosovo was swiftly recognised by the major Western powers after independence in 2008, including 22 of the EU’s 27 members. Many other states followed suit over the years.

With the exception of Bosnia and Herzegovina and Serbia, the former Yugoslav republics all recognise Kosovo. However, EU members Spain, Romania, Greece, Cyprus and Slovakia do not. Neither do Serbian allies Russia and China, both veto-holders on the United Nations Security Council.