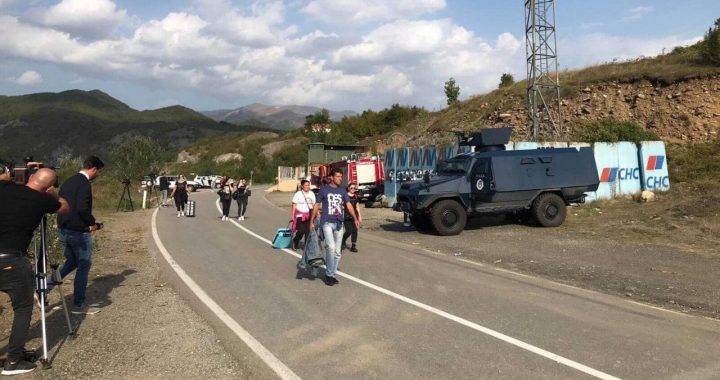 A Serbian official said Kosovo dismissed its proposals on identity documents and vehicle licence plates for Kosovo Serbs aimed at resolving a row that has sparked repeated protests at the two countries’ border.

The director of the Serbian government’s office for Kosovo, Petar Petkovic, said on Friday that the Serbian delegation that met Kosovo officials in Brussels this week had offered two proposals to resolve the simmering dispute over identity documents and vehicle licence plates for Kosovo Serbs, but both were rejected.

Petkovic, who also was part of the delegation to Brussels on Thursday, said that when it comes to the declaration needed to enter and exit Kosovo, Serbia said it is ready to accept that when citizens of Serbia who live in Serbia enter Kosovo, “they are issued an entry-exit document at the administrative crossing point by Pristina”.

The issuing of such as document was agreed between Belgrade and Pristina in 2011 but has not yet been implemented yet.

But Petkovic said it must not apply to Serbs who live in Kosovo.

“This was not agreed for them and no one has the right to nullify their Serbian identity card, to demand from them that at the crossing they can only receive this document with which they will move into Kosovo and Metohija,” Petkovic told media in Belgrade.

Petkovic said that when it comes to the disputed issue of vehicle licence plates, Serbia suggested that all plates that Serbia has issued for cities and towns in Kosovo should be changed to neutral ‘KS’ plates, as previously issued by the UN’s Kosovo mission UNMIK.

“We have now proposed, sticking to the [2011] agreement, that all vehicle owners with KM plates be re-registered to KS status-neutral plates, UNMIK plates,” Petkovic said.

Serbian President Aleksandar Vucic and Kosovo Prime Minister Albin Kurti discussed the issue at their unsuccessful meeting on Thursday but found no solution.