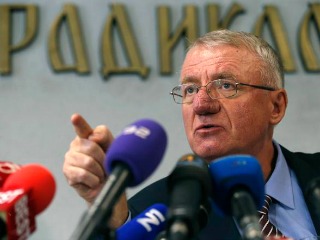 Serbian radical leader, Vojislav Seselj has been officially declared a persona non grata in Kosovo and was banned from entering the country’s territory.

The Serbian radical leader Vojislav Seselj,  acquitted of crimes against humanity by the International Criminal Tribunal for the former Yugoslavia (ICTY) on March 31, has been declared persona non grata by the Kosovo Ministry of Foreign Affairs.

According to a copy of the decision obtained BIRN/Kallxo, Seselj’s ban was signed by the acting Minister for Foreign Affairs, Petrit Selimi.

The decision was signed on April 5, 2016 and obligates the Ministry of Internal Affairs, the Ministry of Foreign Affairs and other institutions to obstruct  Vojislav Sesejl from entering the Republic of Kosovo.

The decision was made according to Law No.04/L-199 on the ratification of the first international agreement on principles governing the normalization of relations between the Republic of Kosovo and Republic of Serbia.

“For tragically clear reasons, because of thousands of Balkan families that have been victimized by [Seselj’s] words and actions,” declared acting Minister of Foreign Affairs, Petrit Selimi.

Seselj was acquitted by the ICTY on March 31 for war crimes in Croatia and Bosnia, soon after beginning a fervent campaign in his bid to win elections in Serbia. 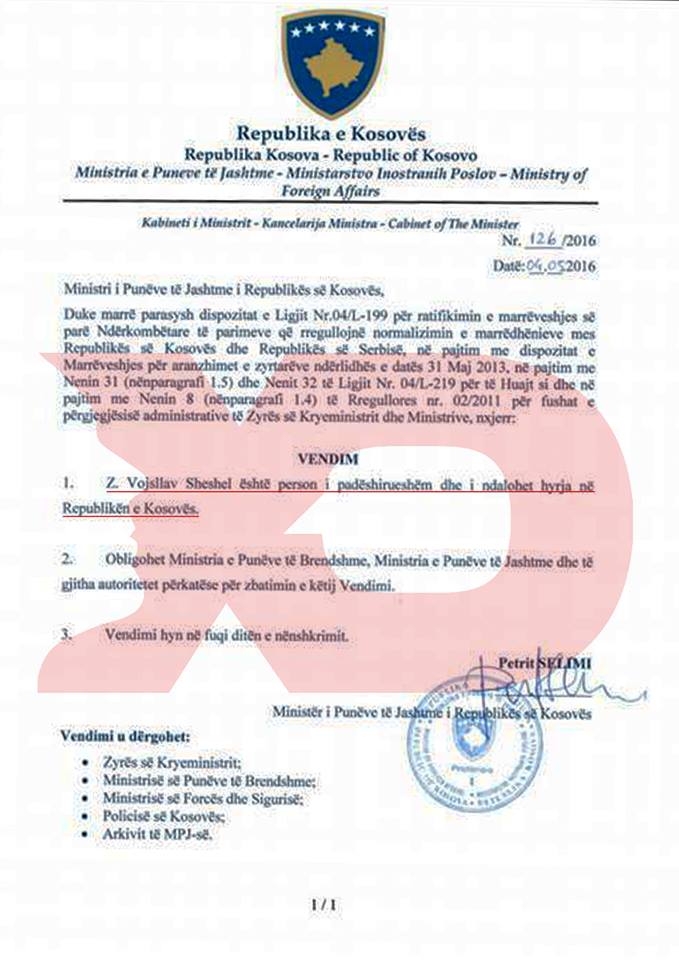 This article was edited on April 8, 2016 to add the statement of acting Minister of Foreign Affairs Petrit Selimi.