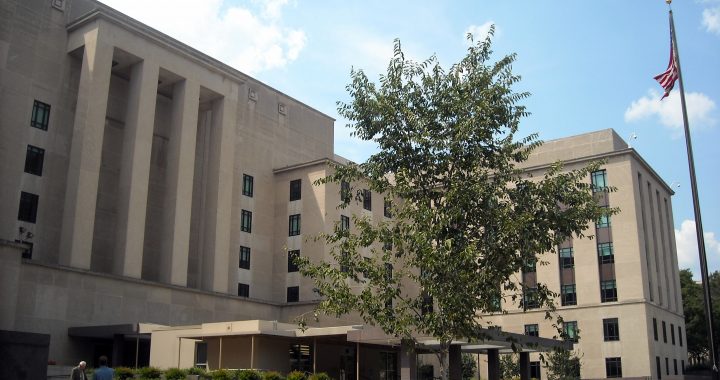 “The threat of violent Islamist extremism has been growing in Kosovo, assisted in part by funding from foreign organizations that preach extremist ideologies and violent extremist groups actively using social media to spread propaganda and recruit followers,” says a US State Department country report on terrorism released on Wednesday.

The August 4 incident in which unknown assailants threw a grenade was thrown at the Kosovo Parliament building was the sole 2016 domestic terrorist incident listed in the report.

About 315 “foreign terrorist fighters” have traveled from Kosovo to Syria and Iraq to fight for ISIS and al‑Nusrah Front, and approximately 58 have been killed, the report states.

The State Department noted that the Kosovo Police Counterterrorism Directorate is developing a cyber-counterterrorism unit, and that the country is a member of the Global Coalition to Defeat ISIS.

In its assessment of Kosovo in 2016, the report says that Kosovo has demonstrated political will to counter terrorism-related threats and that it possesses an adequate legal framework to do so.

The report lists examples from 2016, including the Kosovo Border Police’s cooperation with regional countries and Turkey to prevent five people from traveling to Syria, and one arrest of an individual returning from Syria. Nevertheless, five individuals successfully transited to Syria in 2016, the report states.

Twenty-one NGOs suspected of supporting violent extremism were suspended by the Ministry of Public Administration, the report also notes.

However, despite national institutions’ strengthened capacities in 2016 to investigate and prosecute terrorism cases, the report claims, institutions are limited by inadequate resources and experience.

“Kosovo is not a member of the United Nations, INTERPOL, or Europol; the UN Interim Administration Mission in Kosovo and EULEX serve as Kosovo’s intermediaries with these organizations, slowing down cooperation and preventing Kosovo from having direct access to their watchlists,” the report states.

“Lack of membership and non-recognition impedes cooperation on many issues, including counterterrorism.”