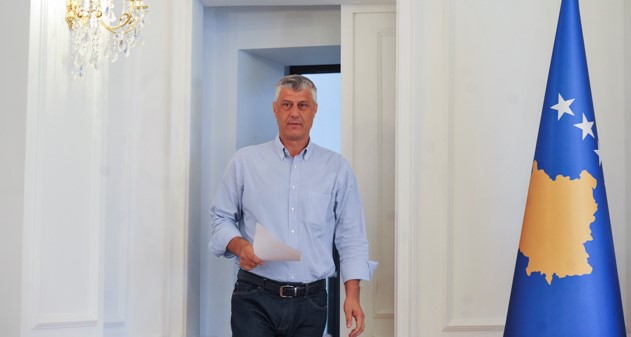 Releasing a video message, President Thaci responded to news that an indictment has been filed against him at the Specialist Chambers, stating that he will resign immediately if the indictment is confirmed.

In a pre-prepared video broadcast through his Facebook page on Monday evening, Kosovo President Hashim Thaci addressed the news that charges have been filed against him at the Kosovo Specialist Chambers in the Hague, revealing his intention to resign if the indictment is confirmed.

“If the indictment is confirmed, I will immediately resign as your president and will face the accusations,” he said. “I will not face charges from the Office of the President.”

On June 24, the Special Prosecution Office in the Hague announced the news that an indictment was filed in April against Thaci and former Speaker of the Assembly, Kadri Veseli, alongside other unnamed individuals. A Specialist Chambers pre-trial Judge is currently reviewing the indictment to decide whether to confirm the charges.

The indictment is reported to accuse Thaci and Veseli of a range of crimes against humanity and war crimes, including criminal responsibility for nearly 100 murders. In the video released on Monday, Thaci rejected the allegations of war crimes. “Mistakes in the times of peace I could have made, but war crimes, never,” he said.

The press release from the Specialist Prosecutor’s Office stated that the filing of the indictment was announced before the charges were confirmed as Thaci and Veseli were “believed to have carried out a secret campaign to overturn the law creating the Court and otherwise obstruct the work of the Court in an attempt to ensure that they do not face justice.”

Thaci rejected the allegation, stating that anyone that describes him as an “obstacle, even a saboteur” of the court is “misinformed, and in the worst case, bias.”