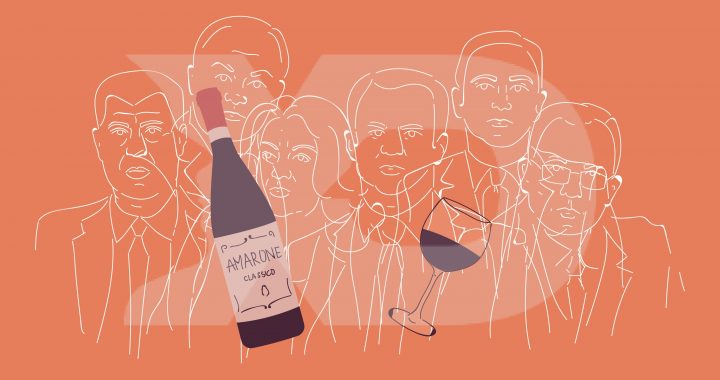 “We have brought (him) some local wines. This is a symbolic action in order to raise awareness to people that it is completely wrong to spend public money in the way Kallxo.com has reported,” Dajana Berisha, Executive Director of Kosovo NGO Forum on Civic Initiatives (FIQ) told media in front of President Thaci’s office.

“I want to make it clear to the President that people are not stupid and they know that a bill of 1,000 euros with 500 euros on wines or Mediterranean food needs to be justified,” Berisha added.

When Berisha and her colleague, Anita Kadriu, saw that it would be impossible to hand the wines to the President, they left them at the main door of the Kosovo Assembly building where Thaci’s office is located.

Since Wednesday, Kallxo.com has published a large amount of bills belonging to the Prime Minister and his cabinet during 2011-2012, obtained by BIRN following a court verdict obliging the Government to disclose bills for then-Prime Minister Hashim Thaci and his five deputies: Behgjet Pacolli, Bujar Bukoshi, Edita Tahiri and Hajredin Kuci.

One such bill shows that on 5 October 2011, Hashim Thaci’s office paid 500 euros for 10 bottles of Italian wine in a Prishtina restaurant, drinking “Marchesi de Frescobaldi’ and ‘Sessantami’.

Another bill shows that Hashim Thaci used 120 euros of public money for a bottle of wine named “Amarone” in a Prishtina restaurant.

Deputy Prime Minister Behgjet Pacolli, who held the same position during Thaci’s tenure as Prime Minister, has also seen bills of his published, with one showing that he spent 662 euros on an official dinner with an Albanian delegation at his own hotel, “Swiss Diamond,” in Prishtina.