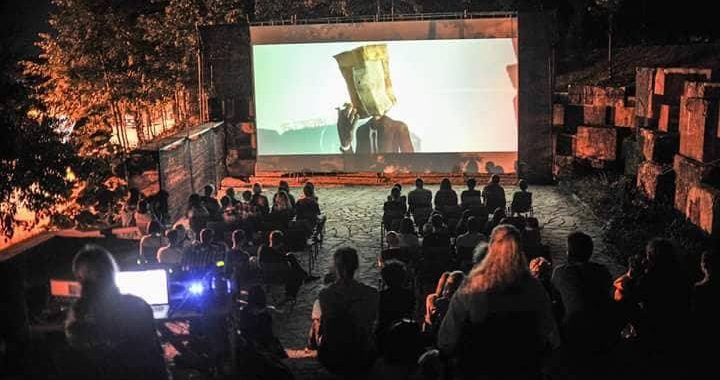 A film screening during Anibar 2017. | Photo courtesy of the festival.

50/50 at Anibar: A week celebrating women in animation

The ninth annual international animation festival, Anibar, opens in Peja today, this year addressing the theme of gender equality through animation and filmmaking.

This week, Peja once again opens its doors to thousands of animators, producers, directors, designers and illustrators for the ninth edition of the Anibar International Animation Festival.

This year, the festival will pay special attention to gender equality in the film industry, adopting the theme “50/50,” exploring the role of women in animation, challenging gender stereotypes and working towards equality of men and women through both its animated film program and the festival’s workshops, presentations and panel discussions.

Vullnet Sanaja, an organizer of the festival, explained that inspiration for this year’s theme stemmed from the overwhelming participation of women in last year’s Anibar Animation Academy held in Peja and Prishtina in November last year.

“We saw how important their participation was in the academies, and at the same time there is a global initiative to have 50/50 representation by 2025 concerning women in animation,” he said. “Animation in Kosovo is still in its inception phase, so we thought why not start right from the beginning?”

The film schedule begins on Tuesday, 14 August, with 220 films shown across the city of Peja, in the Jusuf Gervalla Cinema and three other locations, until the closing ceremony on Sunday, 19 August.

Each year, Anibar brings well-known filmmakers and animators to Peja to share their experiences and discuss their work in the animation industry. This edition, three masterclasses will be presented, the first by Anne Winfrey and Peter Merryman, directors of the Netflix series Bojack Horseman, on creating storyboards and animation. The festival will also be hosting producer, director and screenwriter Pedro Rivero, presenting on cinematic storytelling and screenwriting.

The third masterclass will be presented by Swiss Kosovar film director Ilir Hasanaj, who will take the class through the process of bringing his short film, Leonardo, to life, from the seed of an idea into the bigger picture and finally the finished product.

One highlight of the festival will be the Balkan Competition, screening on Thursday, 16 August, showcasing animated short films produced across Macedonia, Slovenia, Serbia and Croatia at the Lake Cinema at 20:30 pm, Sanaja explained.

“Every year the festival is becoming more and more internationally recognized, and having this competition is a great way to promote films from the region,” said Sanaja. “Even though we are still lacking animated films produced in Kosovo, we are pushing this through the festival, and young people who have participated in our workshops are starting to produce their own films, which is amazing.”

Sanaja explained that the program aims to empower more young people in Kosovo to get into animation.

Throughout Thursday and Friday, workshops, titled  “A Kosovar Tale: From Paper and Pen to AR and VR,”  designed to explore animation, illustration, graphics and game design with experts in these fields in Kosovo, will be held.

“Plenty of people are coming who have been working in relation to the theme of women’s empowerment, and are also professionally dealing with animation throughout their lives,” Sanaja continued.

“Rigid gender stereotyping promotes inequality between sexes and unequal distribution of power of between men and women,” explained Visare Gorani, moderator of “Challenging gender equality stereotypes through animation,” Thursday’s panel discussion.We have convened a panel to discuss about how animation actually can challenge stereotypes and make a difference in our society.”

Special screenings within the broad topic of gender equality will also be showcased throughout the week. Aisha Madu will show several of her own projects, called “Broken hearts and broken bones: animating awkwardness,” exploring her experience as an animator and illustrator. Kendra Haaland, a producer who has worked with Disney, Paramount and Dreamworks in the last 20 years, will also share her thoughts and present the organization “Women in Animation,” which is dedicated to achieving a richer and more diverse representation in the film industry.

The festival also has an extensive evening program, starting with the screening of the international competitions at the Lake and Cube Cinemas at 8:30 pm and 10:00 pm every night, and ending with various live music events showing artists from the region, starting tonight with band Ambasadi and Peja-based Nani Killa.

Anibar International Animation Festival will be held from Monday 13 August to Sunday 19 August in Peja. For more information on the festival, visit their website and check out their Facebook page.