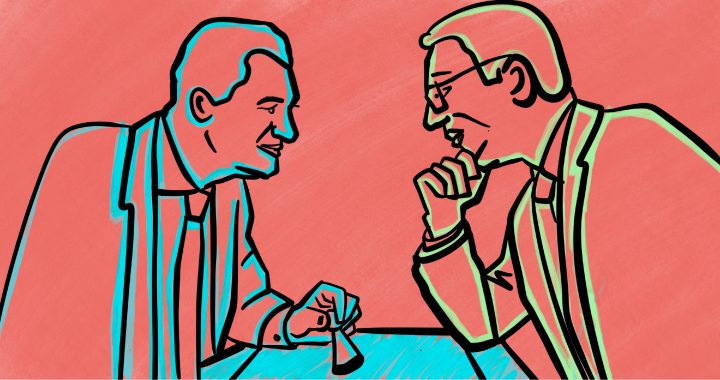 Wilson Center report says failure by the EU and US to act now to end the long dispute between Serbia and Kosovo – when the latter has a strong government – could 'symbolize Western failure'.

As Kosovo and Serbia seem miles apart from an agreement on the normalisation of relations, a Washington-based think tank says the international community should commit more efforts to bridging their differences.

“Re-energized US and EU support is necessary to realize the goal of independent, multi-ethnic states and societies co-existing peacefully in the Western Balkans,” the Wilson Center said in a report about consolidating Kosovo’s sovereignty, published on Wednesday.

Chartered by the US Congress in 1968 as the official memorial to President Woodrow Wilson, the Wilson Center is a non-partisan policy forum dedicated to tackling global issues through independent research and open dialogue.

The report says that with a strongly supported government in place in Kosovo since March this year, a “unique opportunity” exists to resolve the Kosovo- Serbia dispute, one of the major sources of tension in the Western Balkans.

Kosovo declared its independence from Serbia in February 2008 but Serbia has flatly refused to recognise its former province and relations between Belgrade and Pristina have remained icy.

The so-called “Brussels Agreement” – the first document outlining the principles of normalization of relations – was signed in 2013 but since then, the two sides have continued to eye other with distrust.

A steady flow of incidents and provocations from both sides in the last few years have shown that they are far from ready to reach a final compromise on Kosovo’s final status.

Since the Kosovo-Serbia dialogue was resumed in the wake of Albin Kurti taking office as Kosovo’s prime minister earlier this year, there has been no progress even in implementing agreements already made over the past decade of negotiations.

The so-called Brussels Agreement in 2013 envisaged the establishment of an Association of Serb-Majority Municipalities to represent minority Serbs’ interests in areas where they form the majority.

But eight years on, the idea remains on paper, the casualty of continuing political tensions between Pristina and Belgrade.

The Wilson Center recommends both countries to agree on “reciprocity of rights for the Serb community in Kosovo and the Albanian community in Serbia as a basic principle to guide further Kosovo-Serbia dialogue agreements”.

“Property rights and cultural heritage for all citizens in Kosovo must be secured, particularly for Kosovo Serbs’ property outside of North Mitrovica and surrounding areas, and for Kosovo Albanians’ property in the northern four [Serb-majority] municipalities [of Kosovo],” the report says.

The report says the European Union’s “creative ambiguity” and “status neutrality” approaches to Kosovo have reached their limits.

“By not acting more strategically to help Serbia and Kosovo resolve their dispute, the EU has contributed to the current situation, in which the entire region is in a state of tension, enabling interference by Russia, China, and others,” it says.

While Kosovo is not the only issue facing the EU in the Western Balkans, the Wilson Center maintains that it represents a “key test for the success of its security strategy in the region”.

“If meaningful measures are not taken to further consolidate Kosovo’s sovereignty, and to support its multi-ethnic and inclusive society, Kosovo will—paradoxically—come to symbolize Western failure,” the report concludes.