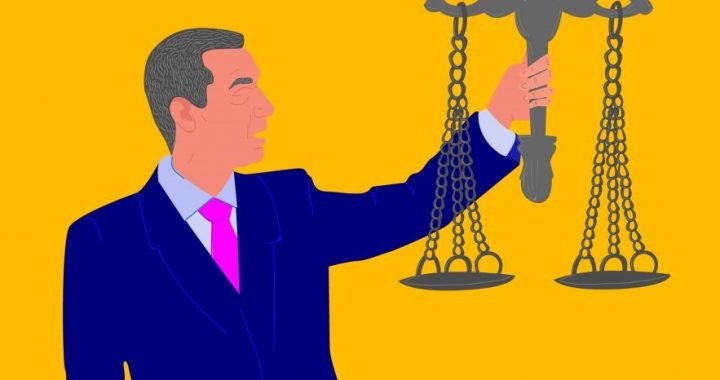 As news of PDK’s dismissal of party officials holding corruption indictments unfolds, so do fresh appointments of board members with links to PDK to Kosovo’s public enterprises. Valmir Ismaili asks, does this revived push for anti-corruption smell like diversion tactics, or more like early elections?

A few days after being confirmed as leader of the Democratic Party of Kosovo, PDK, for a second term last Sunday, Kadri Veseli turned up to a press conference to announce that his party will dismiss all its officials indicted for corruption, nepotism and abuse of official duty from public posts.

At the same time, other members of the party with similar indictments, but who do not hold any public position, will have their party membership suspended, pending the completion of their trial process.

It is worth noting, however, that those who were dismissed and suspended are the very people who re-elected Veseli as the head of PDK, with not a single vote against his reinstatement. It reads as hypocrisy from the head of a party when he endorses a re-election process – relying on the votes of the people who are subject to corruption indictments – and then just a few days later, distances himself from those same members.

While this announcement is intended to symbolize PDK’s revived fight against corruption, the force behind these dismissals was somewhat diluted when Veseli confirmed the party’s continued support for the dismissed individuals.

“When the final verdict states that they are not guilty, all these people will return to their merited place within PDK and Kosovo institutions,” he said.

Those penalized by the party were once appointed to these positions by Veseli himself. This occurred even though indictments had already been issued against them, or at the very least, widespread awareness of their unlawful activity already existed among the public. Veseli’s initiative would seem a little more serious if these people had been prohibited from competing for leadership positions during PDK’s June 16 elections.

On the contrary, these individuals were encouraged to compete in the elections. On top of this, some were elected to leadership positions within the party. Finding the logic behind such a move becomes futile when, within days, those chosen to lead PDK’s structures were dismissed or suspended.

You might ask, what did PDK do just as Veseli’s decision to fight internal corruption and nepotism was announced?

PDK continued with the established norm of installing its militants within public companies – fighting nepotism with nepotism. As recently as Tuesday, the names of three PDK-affiliated individuals being recruited at the top levels of the public Regional Water Company, RWC, were announced. If the established pattern continues, they will then use these positions to accommodate their own militants, mirroring the behavior notoriously revealed during the Pronto Affair leaks of 2016.

PDK’s balancing act is smart: these public enterprise appointments consolidate the concentration of PDK officials in key decision making positions, while the dismissals allow them to operate with an air of transparency and fairness.

This is only one example of recent decisions from PDK that do not correspond with “fighting corruption from within,” as proclaimed by Veseli at his press conference.

The list of negative consequences of PDK’s rule, lasting over a decade, is too long to mention in full. Their role in the recent privatization process of several public enterprises, instances of nepotism across all public institutions, fraudulent dealings in the tendering process for public procurement contracts, weaknesses in the education system and state capture lie at the core of the problems that struck this country in the years following the war.

Being in power for so long, PDK carries the lion’s share of the blame for unresolved problems in Kosovo’s governance. This cannot be offset by a few dismissals or suspensions of some party members, and these dismissals mean nothing when in the very same week, the party continues to install its loyal members into other institutions.

This makes one believe that Veseli’s initiative is not serious. A pattern of short-lived political maneuvers designed to guard power or score points can be tracked over the last few months. In May, Veseli began strongly advocating for the creation of an international tribunal for war crimes committed by Serbian forces during the war in Kosovo. A matter of weeks later, he is completely silent on the issue.

As Veseli’s media-frenzied push for the tribunal was at its peak, a conversation was leaked containing details of a deal made with Veseli worth 200,000 euros to build a private hospital. According to the video, the permission to build the hospital was not issued as promised, and the money was not returned by Veseli to the investors.

Between Veseli crafting the image of PDK as an anti-corruption figurehead, and the party that will pave the way to justice for Serbian war crimes, the party is attempting to wash their hands of the criticism and allegations of misconduct that have erupted over the last few months. Does this signal the onset of early elections for Kosovo?