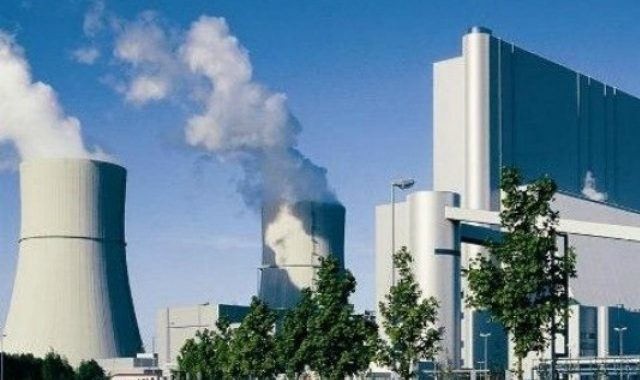 A US government agency expected to provide financial support to the Kosova e Re power plant construction project was warned by Kosovo civil society organizations of the myriad of legal violations involved in a letter published on Thursday.

A letter addressed to a prospective investor for the Kosova e Re power plant project was published during a press conference organized by the Kosovo Civil Society for Sustainable Development, KOSID, on Thursday.

The letter provides details of potential statutory and policy violations that would emerge were the Overseas Private Investment Corporation, OPIC, to confirm their investment support to Contour Global, the primary investor in the project.

OPIC is a governmental agency of the United States that promotes and facilitates foreign direct investment of small American businesses in around 160 developing and post-conflict countries around the world.

During the conference, KOSID laid out the specific prohibitions provided in OPIC’s founding charter and environmental and social policy documents that would preclude the agency from facilitating investment in coal, and require that it prioritize support for renewable energy projects.

The letter also outlines OPIC’s potential violation of the Better Utilization of Investments Leading to Development Act of 2018, known as the BUILD Act, which was signed into US law in October 2018.

OPIC has been operating in Kosovo since 2002, providing millions of dollars in financing and risk insurance for projects in the energy, construction and service sectors. Their investments in singular projects can range from anywhere between 100,000 dollars per project to 40 million dollars.

KOSID first sent a letter to OPIC in March 14 of this year, and simultaneously filed a legal claim against the Kosovo government for failing to meet its procedural environmental obligation to pursue mandatory consultations with communities affected by the plant’s construction.

“OPIC cannot provide a final commitment to a project until its environmental assessment is complete and a determination is made by OPIC that the environmental, health and safety impacts of the project are acceptable,” the June letter reads. “This has to be made available to the public of the United States, locally affected groups in the host country, and host country nongovernmental organizations.”

According to KOSID, none of these preconditions have been satisfied.

The US BUILD Act also requires investors to consider the economic soundness of the project and the financial sustainability of the project for the citizens of the country, says KOSID, and would put Kosovo in violation of its own international obligations.

“The Government has so lavishly subsidized this project that it contravenes Kosovo’s legal obligation to maintain competitive energy markets under the Energy Community Treaty. As a result, it contravenes OPIC’s requirement that projects adhere to host country laws.

The project would also render Kosovo’s refurbished power plant, Kosova B, commercially unviable, says KOSID. Were the Kosova e Re project to be finalized, there would not be sufficient energy demand for both plants to be fully utilized, “leaving most of its value to be stranded.”

According to OPIC’s own policy, projects must avoid adverse impacts to human health and the environment, and should show a strong preference for clean energy projects over coal.

The World Bank pulled their support for the power plant in October 2018. KOSID said that halting construction and deploying renewable energy alternatives, which was proposed by the World Bank as a cheaper option for the country, would “avoid all of the worst environmental and social impacts of the KRPP.”

“The World Bank, a proponent of the KRPP [Kosova e Re Power Plant] for almost a decade, has reversed course and determined that renewable energy and storage alternatives are available and would be more cost-effective than the proposed KRPP,” the letter reads.

According to KOSID, adverse impacts would include damage to the air quality and public health by operating a lignite plant in Prishtina’s already highly polluted airshed, substantial environmental and social impact of forced resettlement of thousands of villagers living close to the plant, significant greenhouse gas emissions, adverse impacts on water quality and supply and the production of enormous quantities of toxic lignite ash and mining wastes.

Many of these adverse impacts also violate Kosovo’s own environmental legal obligations.

KOSID also argues that Contour Global, the UK-based company and primary investor in the power plant project, is not able to receive support from OPIC because of its ‘inverted company’ status.

According to KOSID, Contour Global is an inverted corporation as it restructured itself so that the parent company, originally based in the US, was re-registered to a foreign parent company, established in the UK. If the US branch becomes effectively a subsidiary of the foreign parent, and the new UK parent company acquires all of its assets and barely operates in the UK, then it has inverted by moving its tax residence to the UK.

This deems it ineligible for support, says KOSID.

OPIC is only able to support American small businesses to invest in foreign markets, KOSID’s letter continues. This is only possible if their revenue during the last fiscal year is less than 500 million dollars and employs less than 500 people.

“ContourGlobal owns over a hundred power plants in 18 countries across three continents. It has a market capitalization of 1.34 billion pounds, and owns over 5.1 billion dollars in assets,” the letter explains. “In 2018, it earned 319.5 million in gross profit on 1.25 billion dollars in revenue. It employs about 1500 people worldwide… certainly does not meet OPIC’s criteria of a small business.”

KOSID also accused Contour Global of seeking to circumvent this rule by applying to an investment guarantee vehicle operated by OPIC. This would allow them to apply for a loan without meeting the ‘small business’ criteria, but would still be in violation of US Congress’ laws on investment guarantees and direct loans that prohibit larger businesses from receiving support.