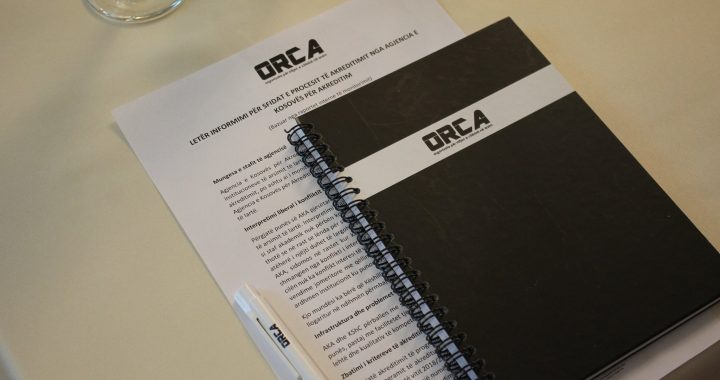 Students forced to buy textbooks written by professors and medical students required to ‘pay for their own frogs’ were among the results of the Organization for Improving the Quality of Education’s survey on student expenses published on Wednesday.

The Organization for Improving the Quality of Education, ORCA, published its survey on student expenses at the University of Prishtina on Wednesday, detailing how much money students are required to pay across different social groups and academic faculties of the university.

While Kosovo has the cheapest tuition fee for higher education in the region, at 50 euros per year, families in Kosovo have difficulty affording to send their children to university, the report explains.

“Thus, ORCA decided to find out how much a student at the University of Prishtina spends, to understand the nature of these expenses and what the institutions can offer to these students,” the report reads.

The average monthly salary of a family in Kosovo is 471 euros, according to the report, while the average cost of sending a member of family to university is 150 euros per month. As such, students spend on average 20 per cent of their family’s monthly income on their studies.

ORCA said that while public universities in Kosovo are ranked very low in global rankings for universities, nonetheless, the University of Prishtina is the highest ranked among Albanian universities in the Balkans, despite having the lowest fees for tuition.

The report raised a number of concerns about mandatory expenses at the University of Prishtina, including “lack of literature, forcing students to buy specific literature, and poor conditions of old dorms.”

ORCA surveyed 176 students in separate focus groups, split between gender, year of study, where they lived and the faculty they studied in.

The results of the survey found that the minimum amount spent by a student per month is 25 euros, and the maximum is 400, with expenses varying according to which faculty the student studies in and their year of study, as well as their income or their family’s.

Students spend on average 37.7 euros per semester on literature needed for their studies, results of the survey found, with the maximum reported being 150 euros and a minimum of 5 euros.

“Students have reported a lot of problems about the literature they use, such as: inadequate literature or not up to date, professors forcing their students to buy their books, unauthorized sale of books, untranslated books or poorly translated ones,” the report states, noting that the Faculty of Medicine is the most expensive for literature, with students paying upwards of 80 euros on one textbook.

For other expenses on disposable materials, the Faculty of Sports Sciences, the Faculty of Civil Engineering and Architecture and Faculty of Arts cost their students almost twice that of other faculties. Special papers, bags, and pens; white robes, gloves, hats and masks, sports equipment, instruments, tuning, strings, canvases, paints, and brushes were examples reported of materials students are required to purchase.

“Participants in this focus group were concerned that the faculty could not provide these materials to their students,” the report notes.

Most surprisingly, according to the report, medical students are required to pay money out of their own pocket for “frogs.”

Problems at the canteen

Students are able to eat at the Student Center canteen for a flat rate of 15 euros per month. Despite this low price, concerns were raised as to the practicality of eating there and the quality of the food.

“According to students, the canteen is not open on Sundays and the schedule of meals sometimes can interfere with lectures. For faculties that are far from the Student Center, they cannot manage to eat at the canteen because of their lectures,” the report reads.

“The quality of food in the canteen was a topic of heated discussion among students who eat there or have in the past. Some say that compared to the payment, the quality is solid; while others say that the quality is low and that there’s no variety in the meals.”

ORCA condemned in particular the practice of professors forcing students to buy books that they have authored.

“The most important finding is that students of almost every faculty, with the exception of the Faculty of Philology and the Faculty of Sports Sciences, have reported cases when professors sell books where they are authors themselves, while some even make the purchase of their own book mandatory for students,” said Gjinovci.

ORCA urged institutions to prevent this illegal activity, warning that otherwise, ORCA and student activists would be forced to start “reacting directly through the public disgrace of professors who practice such activities.”

To read the report in full, visit ORCA’s website.