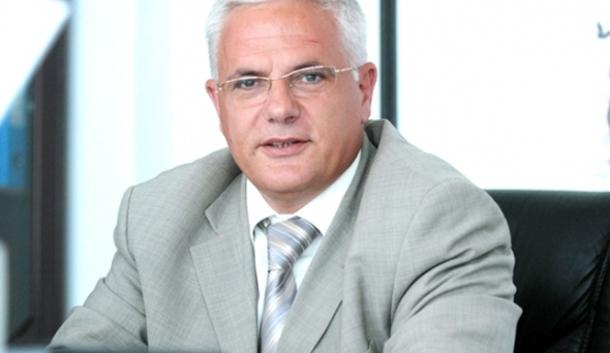 Recorded phone calls between Grabovci and other PDK leadership raise questions about the ruling party’s control over appointments to key state positions.

Two years after the “Pronto Affair,” a scandal involving leaked wiretaps of high officials from the parliamentary group Kosovo Democratic Party, PDK, talking about political appointments and party squabbles, the wiretaps taped by the European Rule of Law Mission in Kosovo, EULEX, have come back to haunt the politicians again.

On Monday, the media outlet Insajderi.com published a short video-teaser, claiming to be in posession of 1,000 recordinngs involving Adem Grabovci, chairman of PDK, and various other PDK leaders, including Assembly Speaker Kadri Veseli and President Hashim Thaci.

The recordings are wiretaps leaked from an EULEX investigation on Grabovci during his stint as Deputy Minister of Transport and Telecommunications between 2008-2011.

Balkan Investigative Reporting Network, BIRN, has contacted EULEX authorities, but they have declined to comment, saying that it does not comment on evidence linked to ongoing trials.

Referring to excerpts released on August 1, Kosovo Head Prosecutor Aleksander Lumezi declared that the conversations do not indicate criminal content.

Lumezi also stated that even if there were elements of criminal offence, they would have already reached prescription.

“Even if there were elements of criminal offence, like influence or violation of employment agreements, with Kosovo’s former Criminal Code they would have reached prescription,” he said.

On August 3, however, Insajderi published an additional piece of leaked content: a phone conversation between Grabovci and Bahri Hyseni, state prosecutor at the Basic Prosecution Office in Ferizaj.

According to Insajderi, this conversation shows that in November 2011, Grabovci and former Minister of Economy and Finance Besim Beqaj nominated Hyseni for a vacancy at the board of the Transmission, System and Market Operator, KOSTT, without any application from Hyseni submitted beforehand.

In the recorded phone conversation, Hyseni stresses to Grabovci multiple times that he did not apply for the job, to which Grabovci replies, “I put you there, now I need to withdraw you.” Not long after the conversation, according to Insajderi, Bahri Hyseni was appointed as the state prosecutor at the Basic Prosecution in Ferizaj.

Insajderi.com claims that it possesses more than 1,000 wiretaps. According to the media outlet, the wiretaps show how Grabovci influenced appointments in the prosecution system, judiciary, and the Kosovo Police. The outlet has declared its intention to release additional materials in the coming days.

US Ambassador to Kosovo Greg Delawie commented via Twitter that he is following the events closely.

Following Pronto II issue. I encourage involved parties to proceed with a thorough and transparent review. No one should be above the law