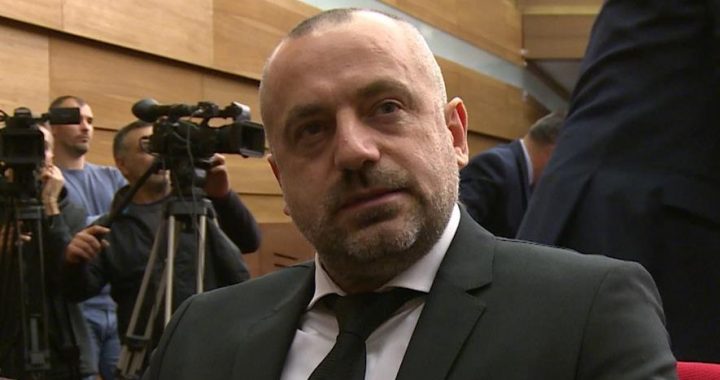 Police have been asked to explain how a wanted politician and businessman, Milan Radoicic, escaped an arrest warrant on Thursday, after being stopped at a border crossing point.

In a movie-like scene, a powerful Belgrade-backed politician and businessman, Milan Radoicic, escaped arrest on Thursday at the Brnjak crossing point between Kosovo and Serbia.

BIRN learned that Radoicic was traveling in his car from Serbia to Kosovo when he stopped at border. When he realized that he was on a wanted list, he fled back to Serbia, escaping arrest, leaving his documents in the hands of police officers.

Kosovo Police confirmed the incident happened on Thursday around 3.40pm. “While officers were in the process of verification, the suspect turned back to Serbia in his car… The suspect is wanted, based on an arrest warrant issued by the courts,” a police report said.

Rasim Maloku, from Ferizaj/Urosevac Basic Prosecution, told BIRN that he had included Radoicic in a “stop-list” as a suspect in a case he is investigating on illegal constructions in the Kosovo winter resort of Brezovica, a case in which several persons, including Shterpce/Strpce’s ex-mayor, have been arrested for suspected corruption.

Maloku said that after the escape, he asked the Police Inspectorate to investigate how Radoicic could have fled from police and why the cameras at the border were not functioning during the incident.

Hours after the incident, the Police Inspectorate confirmed that three police officers, one captain, one sergeant and a police officer, had been suspended.

BIRN tried to reach Radoicic for a comment, but received no reply by the time of publication.

In March last year, a Pristina Basic Court judge confirmed that an earlier arrest warrant for Radoicic, over the murder of the Kosovo Serb politician Oliver Ivanovic, had been withdrawn.

Radoicic, who then fled to Serbia, denied wrongdoing. “They came to my apartment where I live with my wife and little children, with an army of people armed to the teeth, with only one aim – to kill me,” he said after police raided his home.

Officials from Serbia, including President Aleksandar Vucic, have defended Radoicic from the accusations.