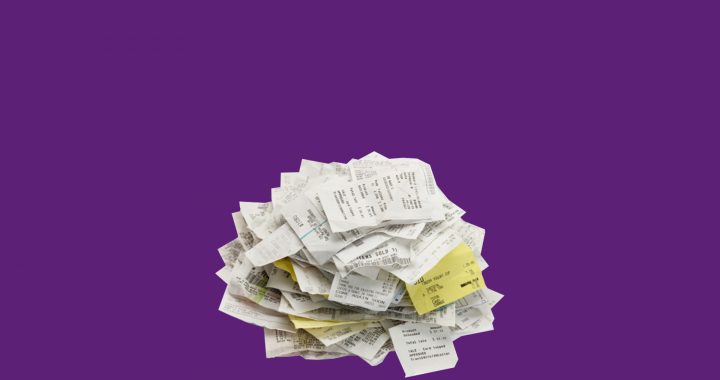 Tax inspector Murat Mehmeti decided to go public with information on over 300 Kosovar businesses involved in tax fraud, after futile attempts to bring the matter to court.

When Murat Mehmeti joined the Kosovo Tax Administration, KTA, as a member of the tax investigation unit, he already had ten years of experience as Kosovo Police under his belt. Nevertheless, he was surprised to discover a large network engaged in tax fraud with impunity.

According to an investigation Mehmeti conducted, before 2012, over 300 Kosovar businesses, many of which shared a single accountant, claimed tax deductions by filing fake invoices issued by shell companies. Mehmeti claims that the tax fraud reaches “an industrial scale,” and has cost the Kosovo budget millions of euros.

While four shell company owners and one accountant are currently on trial, the KTA and the Special Prosecution, in charge of investigating corruption and financial crimes, have stopped looking into the real companies who benefitted from the scheme.

This is when Mehmeti decided to blow the lid off and make the organized tax fraud ring public by reporting it on the anti-corruption platform Kallxo and reveal the scheme on the BIRN television program “Jeta ne Kosove.”

Mehmeti, who was hired as an investigator trained by international experts, is described by the chief of organized crime investigation unit of the European Union Rule of Law Mission in Kosovo, EULEX, as “a very credible man.”

“According to documentation, inspectors from different regions, including Prishtina, have found invoices belonging to three companies, Flaka, Loni, Xoni, and other smaller ones,” explained Mehmeti regarding how he discovered the fraudulent scheme involving the use of shell companies. Kosovar companies had identified four companies, which then they used to claim increased costs and reduce their tax returns.

“A shell company doesn’t actually exist other than on paper. It’s a way to make some transaction appear legitimate, so then you can claim tax on it. It’s also a way of hiding so you don’t pay taxes at all,” explained Alan Edwards, EULEX Chief of Organized Crime Investigation Unit.

Over 300 real firms were involved in the scheme.

“There are many types of companies that have made use of these invoices. They used them either to transfer the VAT to the shell companies, or to receive invoices to present them as inflated costs in order to pay less tax,” explained Mehmeti. “I have seen [that the invoices were] mostly issued to petrol companies, HIB Petrol, Standard Benz… then Petrol Company and a lot of other companies.”

Many of these firms have one thing in common: the accountant. Lorik Jashari, originally from Ferizaj, worked in an office only 100 meters from the KTA office. Jashari denies to have established the shell companies, which are registered on the names of poor people like Naman Pacolli, who is currently homeless.

Another shell company owner on trial, Mahmut Gashi, was offered 50 euros per month to sign on behalf of the company Yllka.com. Tens of thousands of euros were transacted on behalf of “his” company.

“I can’t even read or write properly. I was told to sign these papers by a man who had a fancy ring and called himself Mark,” said Gashi.

Mehmeti brought criminal charges against the companies at the Kosovo Special Prosecution, which in turn started an investigation of its own. 23 of the companies paid back in total 2.2 million euros to the KTA.

“The investigation that we were carrying out never actually got to court,” explained Edwards. “ They [the Special Prosecution] should have then concentrated on those major national companies here who were using the shell companies; major construction, petrol firms, these people that were moving and using that crime to hide their money.”

Mehmeti insisted that the investigations continue. Instead, he was threatened and transferred from his job, even “bribed” with a promotion with higher pay.

“They [the KTA]  didn’t want to do anything about it. In fact, they were trying to stop him from speaking about it,” explained Edwards.

The whistleblower’s public denouncement was welcomed by the United Kingdom ambassador in Kosovo Ruairi O’Connell.

“Corruption in the form of tax evasion is a problem for Kosovo…They deserve serious treatment from the relevant authorities, and a professional and unbiased investigation. In addition, the whistleblowers must be fully protected, to encourage other whistleblowers to come forward and cooperate with the authorities,” he wrote.