Hundreds took to the streets on Wednesday marching to the Kosovo Government for International Workers’ Day in Prishtina, demanding equality and safety in the workplace.

A May 1 protest organized by the Sabota collective, The collective for Thoughts and Action of Feminists and the Anarcho-Syndicalist Group brought hundreds of demonstrators together in Prishtina on Wednesday, calling for labor rights and equality in the workplace.

Under a huge banner reading “For a free and equal society,” protesters marched from Zahir Pajaziti Square, past the building of the Ministry of Labor and Social Welfare and the Labor Inspectorate, where protesters fired red flares.

”We work, they benefit,” “May 1 is not a party, it’s a protest,” and “down with capitalism” were among some of the placards held by participants in the demonstration.

Among other demands, the protesters called for an end to accidental death at the workplace, particularly in the construction sector, which has seen 25 onsite deaths in the last 16 months.

The Labor Inspectorate has been criticized for the low number of inspectors it employs to oversee and investigate businesses in Kosovo.

Protesters blocked the busy Agim Ramadani street for a few minutes, before heading towards the government building. In front of the government, black hard hats were laid out to represent those workers who lost their lives.

“Less deputy ministers, more inspectors” was chanted frequently, referring to more than 80 deputy ministers employed in the Kosovo Government, which is double than the number of labor inspectors nationwide, at only 42.

In Kosovo, there are 60,000 active businesses registered with the Ministry of Trade and Industry, which means that an inspector has to oversee more than 1,500 companies each.

The protesters also denounced patriarchy and other forms of abuse for marginalized groups in Kosovar society, some holding placards reading “All women are working women.”

The protesters ended the protest once again at Zahir Pajaziti square, walking up Mother Theresa Boulevard blowing whistles and chanting “down with capitalism.” 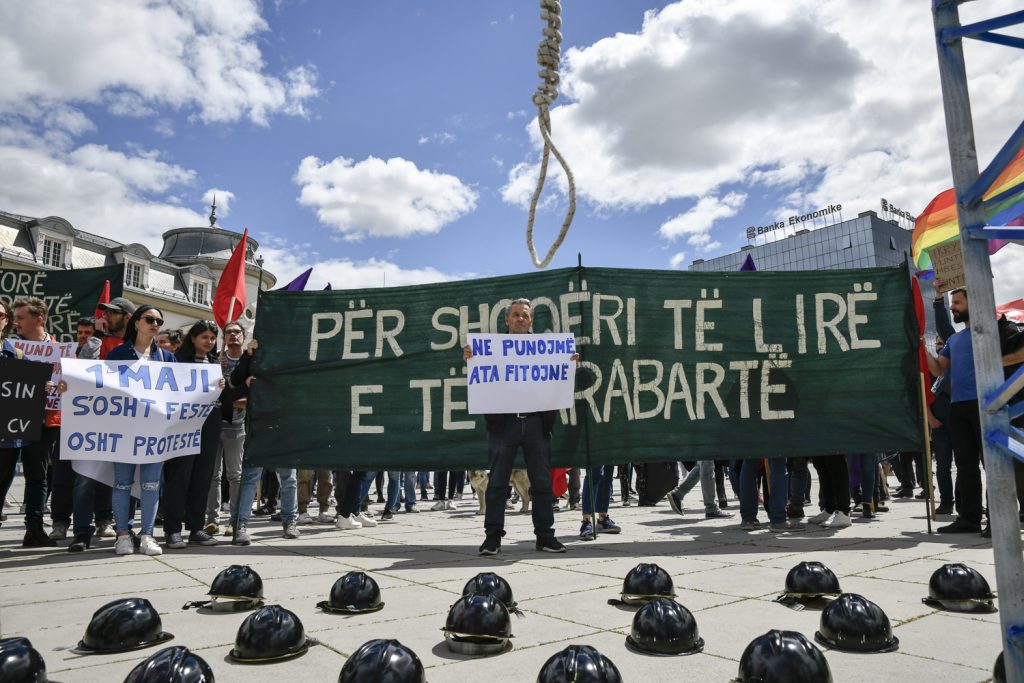 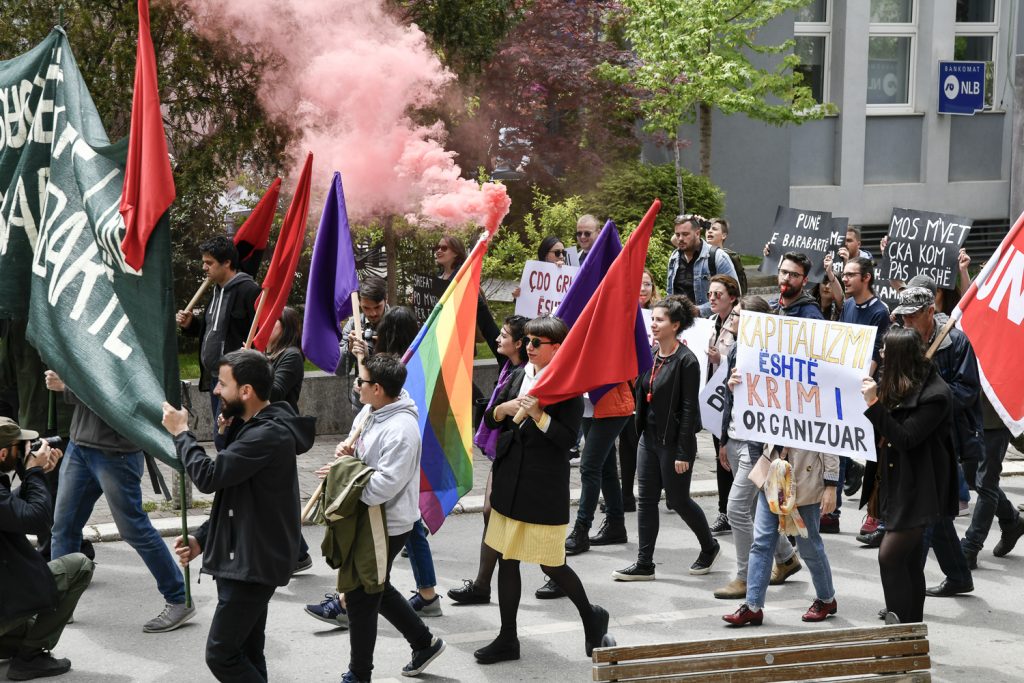 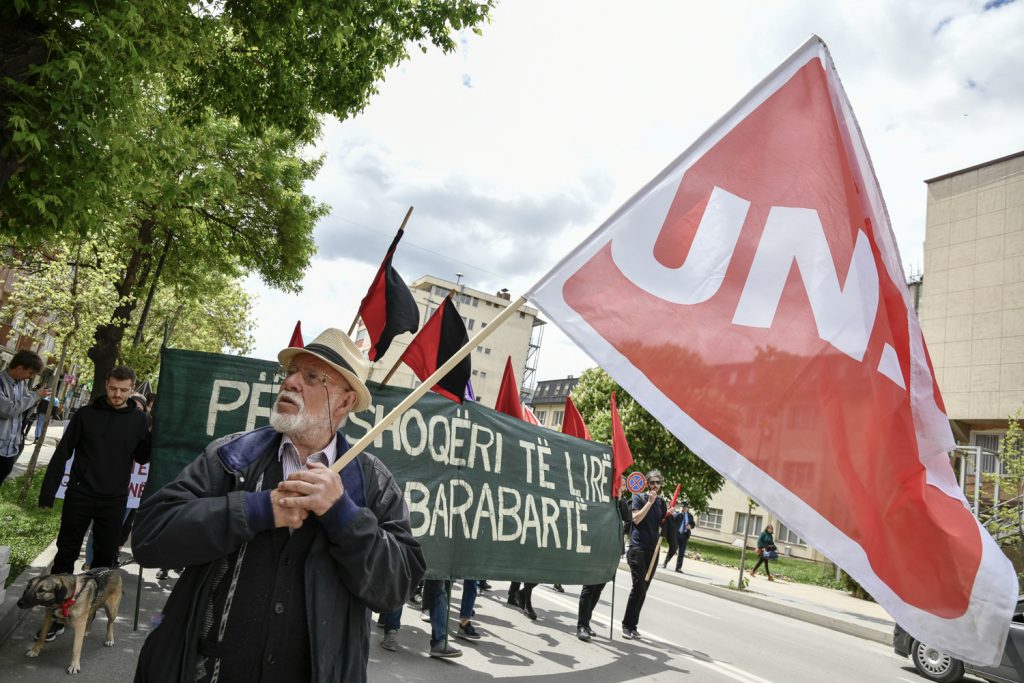 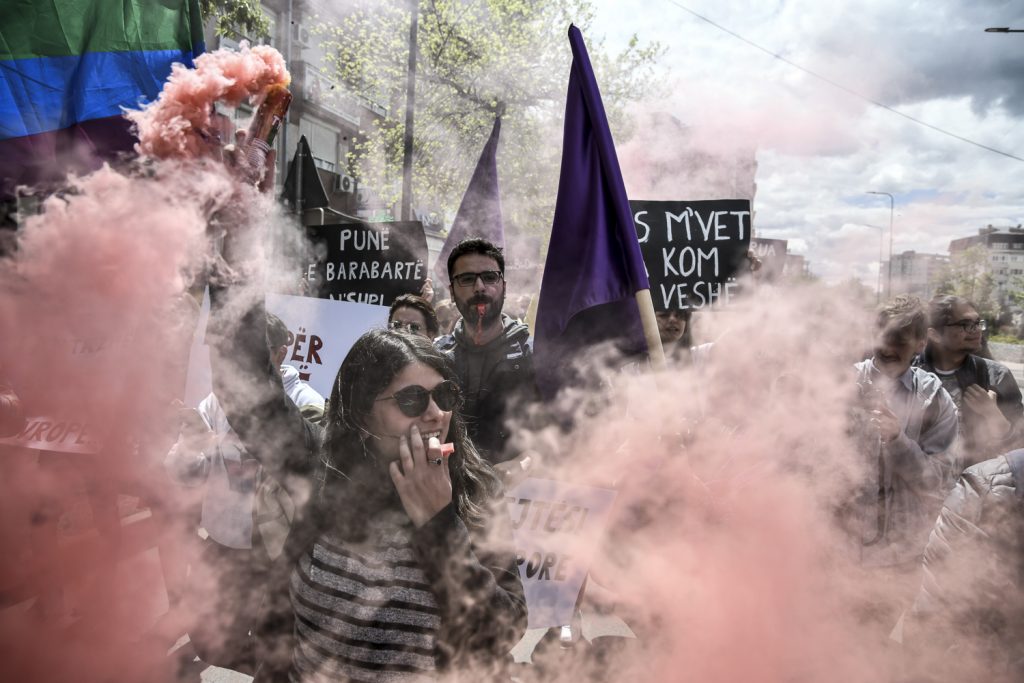 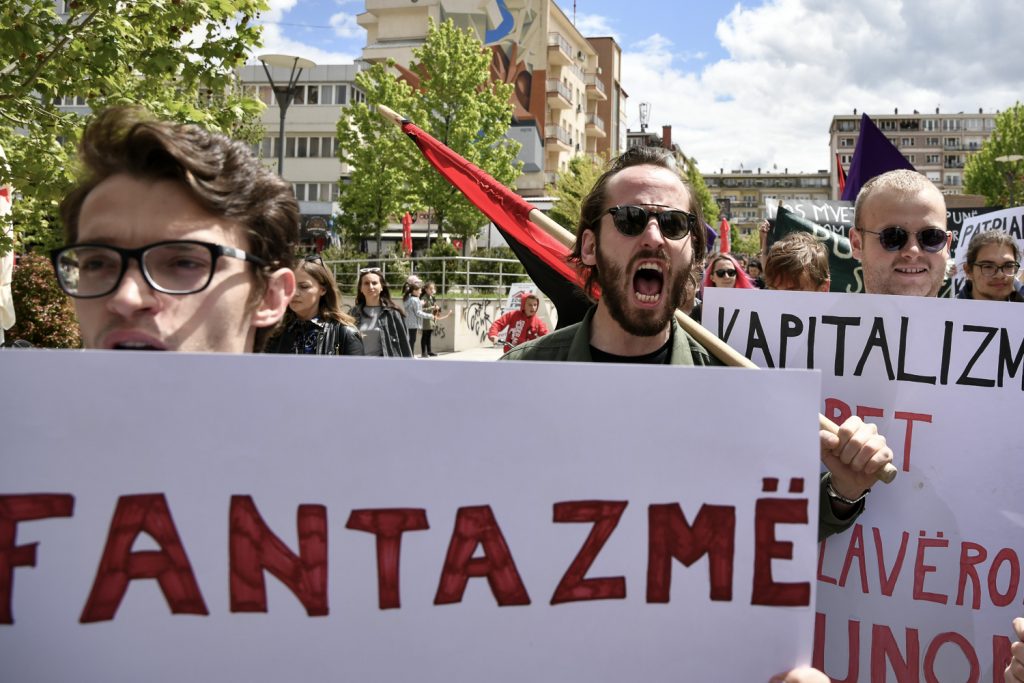 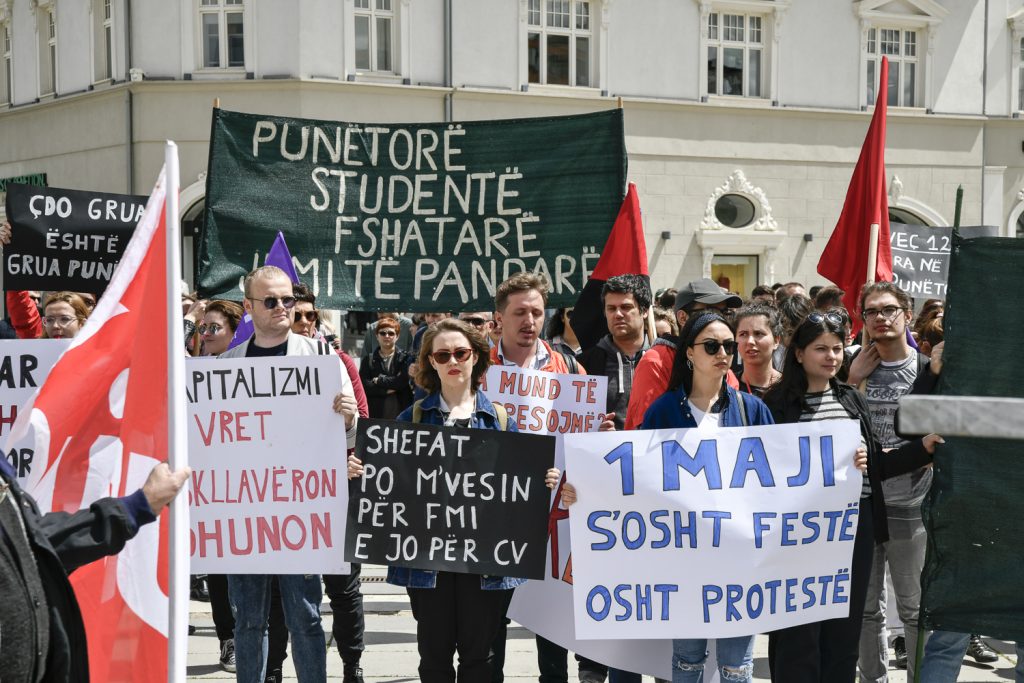 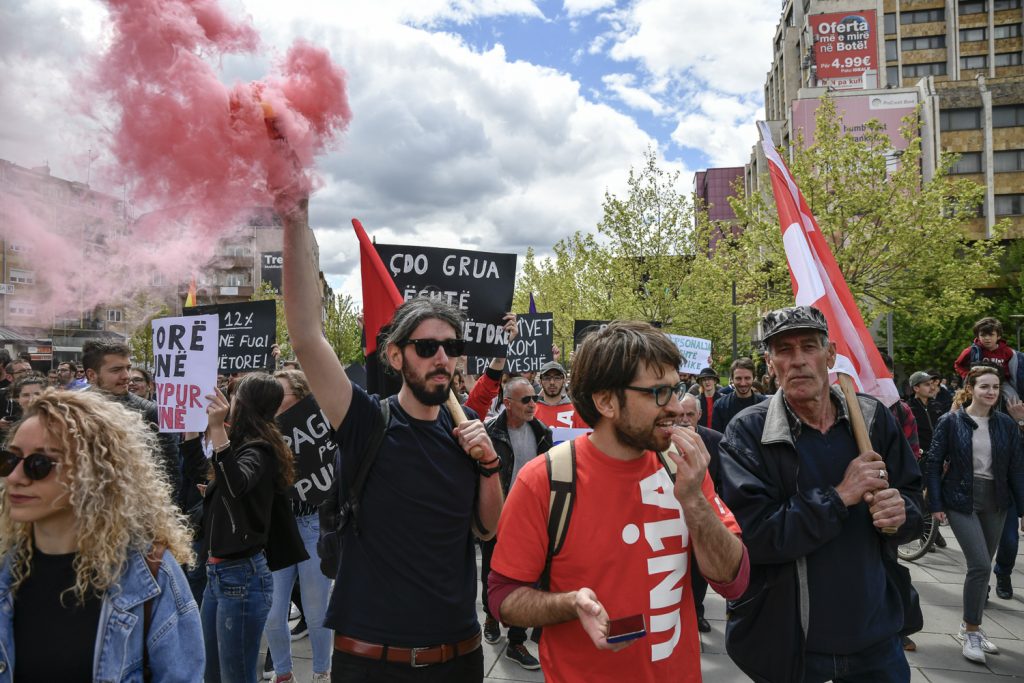 “Prime Minister, do you know what salary we work for?”

by Agon Sinanaj
Next: News

Kosovo youth debate their future in the labor market