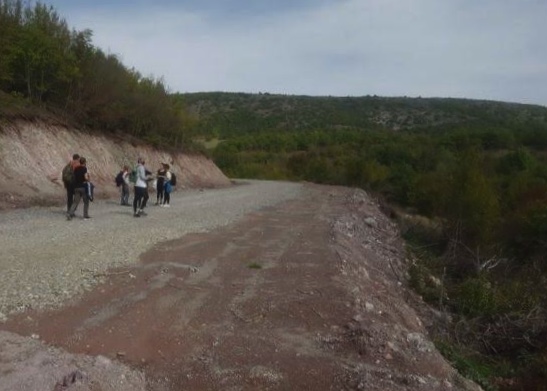 Environmental activists submitted criminal charges against municipal officials and a ministry concerning the alleged degradation of the protected waterfall and surroundings.

A non-governmental organization, Active Citizens, has filed a criminal charge with the Prosecution of Prishtina against several officials from the Municipality of Klina and the Ministry of Environment, Spatial Planning and Infrastructure, over the alleged degradation of the “Mirusha Waterfalls and Park”, declared a protected area.

Flutra Zymi, from Active Citizens, told the media that the said officials had committed the crime of destroying the environment, illegally allowing installations that pollute the environment, misuse of trust and misuse of official position or authority.

Activists filed the criminal charges regarding the project: Cleaning the environment and arranging pedestrian and bicycle lanes with lighting and recreation from the Klina-Gjakova road to the Mirusha Waterfalls.

According to Zymi, the project had ruined a strictly protected area. She said that they intervened by widening the existing two-meter-wide path to 10 to 15 meters for 2.3 km, which has affected the characteristics and values ​​for which Mirusha was declared a Natural Monument under Article 14 of the Law on Protection of Nature.

Mirusha is a regional park in central Kosovo on the eastern side of the Kosovo plain. The area was put under protection in 1975 as a special nature reserve, with an area of ​​190.21.55 hectares by a decision of the municipality of Rahovec and Klina.

Due to its geographical and heritage values, particular landscapes, as well as its diversity of plants, in 1982 it was declared a protected landscape according to the International Union for Conservation of Nature, IUCN, with a larger area of ​​555.80.70 hectares, in the area of Klina, Malisheva and Rahovec.

A year later, in 1983, due to its hydrological, geomorphological and landscape values, the Mirusha River water flow was also placed under protection in the third category of Natural Monuments, according to the IUCN. Its area consists of 11.97.29 hectares and belongs to the municipalities of Rahovec and Klina.

This is not the first time that this organisation has raised its voice over the Mirusha Waterfalls. In a BIRN debate organized for the Municipality of Klina, Zymi said that Mirusha Waterfalls was being destroyed.