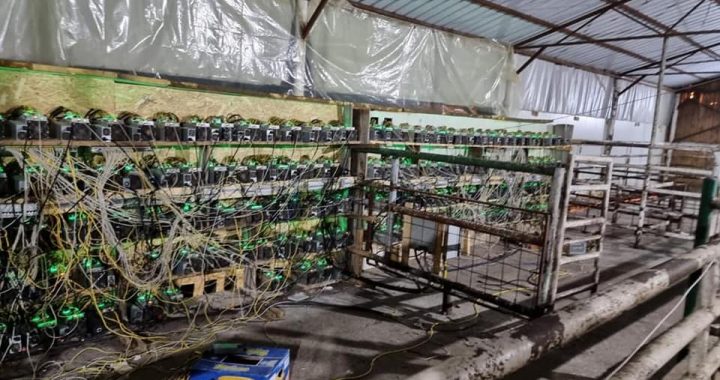 Police stepped up raids on recently outlawed crypto-mining over the weekend, confiscating more than 350 items of equipment.

“The vehicle and all the equipment were seized and Customs is dealing with the case while the Prosecutor has been also informed,” police said.

Police were active elsewhere during the weekend in raids against crypto-mining, following a government decision on December 29 to ban all crypto activities in the country.

The ban forms part of an attempt to ease the severe energy emergency which the country has been going through in recent weeks, partly because of higher demand.

On Saturday, in the biggest ani-crypto mining operation so far, police in the northern town of Leposavic seized 272 different antminer equipment items, “which serve for the production of bitcoin”.

“Kosovo Police, in cooperation with relevant institutions, will continue undertaking its duties and responsibilities all over the country in order to prevent illegal activities,” police said.

In two other operations, police seized six items of equipment in Vushtrri/Vucitrn and 39 in Prishtinë/Pristina.

The Minister of Economy, Artane Rizvanolli, announcing the ban on cryptocurrency mining, referenced emergency measures imposed by the government on December 24, to “restrict the energy supply, valid for a maximum of 60 days”. The government implemented power reductions on December 22 due to the serious energy crisis.

Minister of Finance Hekuran Murati said saving energy was the main reason behind the ban. In a Facebook post on Saturday, he provided figures on the amount of energy a crypto-mining machine can use.

“This equipment, if it works uninterrupted, uses about 300,000 KW energy in a month, equal to the average consumption of 500 houses,” Murati said, specifying that with current imported energy prices, it can cost some 60,000 to 120,000 euros per month.

“This is what we are talking about when we say that we will not allow illegal enrichment of some, at the expense of taxpayers,” he added.

While the government has the legal basis to take restrictive measures on electricity, there appears to be no legal framework to ban cryptocurrency mining.

On October 2021, Kosovo announced it had drafted a law on cryptocurrency which parliament was expected to adopt by the end of the last year – but the regulation is still pending.

The chairman of parliament’s Committee on Economy, Ferat Shala, was cited as saying that most activities related to cryptocurrency were registered in northern Serb-run parts of Kosovo.

This phenomenon in the north, and associated energy costs, according to him, had pushed the committee to accelerate the drafting of a law to regulate the sector.

BIRN previously reported on how attics, basements, garages and even whole houses in Serb-majority northern Kosovo were being rented out for cryptomining, mainly because for 22 years, northern Kosovo has paid nothing for electricity, the vital component of crytomining.