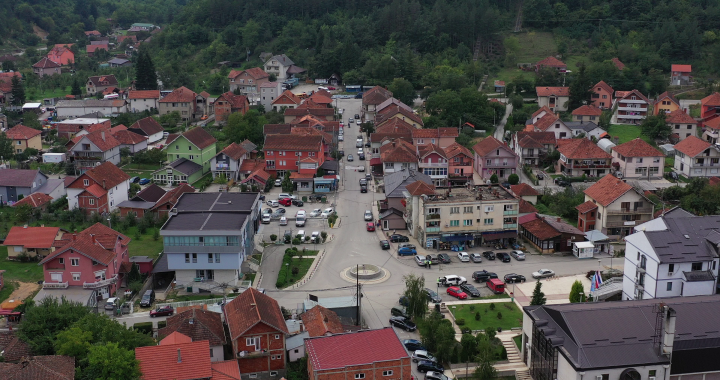 Kosovo Police announced that early on Wednesday, it received information that a car with RKS – Republic of Kosovo – license plates in Zubin Potok, whose owner was a citizen of the Serbian community, had been set on fire.

Owner Bojan Bozovic reacted by saying that his car had not re-registered lately; it had been registered with the RKS plates for 16 years.

“Unfortunately, bad news. Tonight we survived the terror. Cowards set fire to my car in the front yard at 3 o’clock last night. We thank the firefighters who responded quickly and prevented the house from burning down. I want to say that the car has not been re-registered and has been registered with RKS [plates] for 16 years,” Bozovic wrote on Facebook.

The US ambassador to Kosovo, Jeffrey Hovenier, also reacted to this incident. “The US condemns the burning or destruction of property and any attempt to intimidate those who have or intend to obtain RKS license plates under Kosovo law. These are cowardly and criminal acts,” wrote Hovenier.

This announcement comes a day after the government started to implement the plan in three stages for the re-registration of cars with now illegal Serbian-issued license plates.

Initially, the government decided that for 21 days citizens who owned cars with illegal license plates would be reprimanded. After this there would be fines for another two months, and then trial license plates.

Implementation of this plan is expected to end on April 21 next year. From that date, only cars with RKS license plates will be allowed in circulation.

In the mainly Serbian northern municipalities of North Mitrovica, Zvecan, Leposaviq and Zubin Potok, it is estimated that there are up to 10,000 vehicles with illegal Serbian license plates.

These license plates were issued by Serbia and bear Serbian acronyms of the cities of Kosovo, such as: KM, GL, PR, UR and others.

In recent weeks, there have been more incidents in the north of Kosovo, targeting Serbs who are re-registering cars with RKS plates.

Kosovo institutions have blamed “illegal extremist groups” for these incidents.

By the end of October, it is believed that around 20 cars with illegal Serbian license plates had been equipped with RKS license plates.