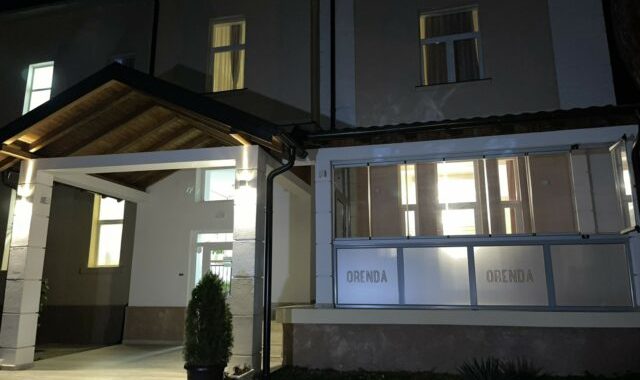 Center for the elderly, "Orenda" in Peja. Photo:BIRN

The beating of an elderly woman in a care home in Peja/Pec has shocked Kosovar society, while police have arrested three nurses.

A video published on November 2 by actress Kaltrine Zeneli on Facebook, showing a nurse at the “Orenda” center for the elderly in Peja inflicting violence on a patient, and other workers laughing, has provoked numerous reactions in Kosovo.

According to reports, the elderly woman who was abused by the nurse suffers from Alzheimer’s disease.

Police reported that the case of violence against the elderly woman in Peja happened on October 29.

After the release of the footage, Prosecutor Dorjan Juniku has ordered the police handling the case to interview all the employees of the center and the patients to collect other information if there have been similar cases in the same centre.

Anton Rasaj, one of the owners of the Orenda home, where the attack took place, said the event has left him “speechless and completely dumbfounded”.

The center has suspended four nurses over the violence used on the elderly woman.

The Municipality of Peja has said that it has no authority over management of care homes for the elderly.

“It was a sad and terrible video [but] institutions that deal with the care of the elderly are not under the management of the Municipality. The centre is an Albanian-Swiss consortium, it is a private business,” it said in a statement.

The lawyer for one of the suspects (R.K.), Adem Gorani, said that his client recorded the physical violence against the elderly woman.

“She admitted that she recorded it, she said that the one who is seen beating the woman asked her for the recording. She also stated that she intended to send the video to her boss,” Gorani told BIRN.

BIRN has also contacted the lawyer of the main suspect, A.P., who in the published video is seen using violence against the elderly woman.

Lawyer Veton Berisha refused to divulge what his client declared to the police. “I cannot declare anything at the moment. Later she will declare herself,” Berisha said.

The Minister of Justice, Albulena Haxhiu, has said that she was shocked by the attack. Haxhiu said that the investigations should be deepened as she feared this cannot be the only case of abuse.

“The abuse case we saw today cannot be the only one, so citizens should cooperate with institutions if they have suspicions about the mistreatment of family members in the elderly care center in Peja, or in other care centers. The investigations must be deepened,” Haxhiu wrote on Facebook.

The Office of the President Vjosa Osmani and Prime Minister Albin Kurti also reacted, saying justice bodies should treat such cases as a priority.

Meanwhile, the Kosovo Women’s Network has demanded that the license of the nurses suspected of the attack on the elderly woman in Peja be revoked.