Blakaj: ‘Peace finds its roots in the past’

As talks of a final deal between Kosovo and Serbia grow more frequent, Bekim Blakaj of the Kosovo Humanitarian Law Center implores both sides to consider meaningful reconciliation.

In an interview for Prishtina Insight, Bekim Blakaj, executive director of the Humanitarian Law Center in Kosovo, HLCK, insists that long term peace between Kosovo Albanians and Serbs can only be reached when societies face the past, and not by any agreement that excludes the victims.

“The final deal would be acceptable if that agreement includes provisions where each side would pledge to resolve the issue of missing people and to work closely together with judicial institutions, respectively the prosecution, to try war crimes,” said Blakaj. “The governments should design a scheme of compensation and reparations for victims.”

While the political dialogue between Kosovo and Serbia since 2011 has pushed the sides to seal a number of deals, from free movement of people to infrastructure development, issues pertaining to the past such as victims and missing persons have never been on the agenda of the EU-mediated dialogue.

Blakaj is aware that this remains an elusive demand ― war reparations and victims have been consistently off the agenda―and there is no basis to believe that things would be any different with the outspoken “final agreement.”

“In fact, this whole process seems totally non-transparent. Since the beginning when the first meetings happened in the technical dialogue [2011] and then the political dialogue [2013], and now, we have never had the room to understand what this agreement is about,” Blakaj said, before adding, “From what we hear and have read in between the lines, I am quite sure that none of the things mentioned above will be on the the table for discussion.”

I think that we should look for accountability from Vucic, of how he can come and hail Milosevic in Kosovo, which is like scratching a wound that hasn't yet healed Bekim Blakaj

HLCK, headed by Blakaj since 2006, keeps a comprehensive database of every person that was killed or disappeared during the war in Kosovo and who remains missing. The database does not only include the names of the victims but also details of the circumstances of each victim. HLCK has verified that, during the Kosovo war, more than 13,500 individuals were killed, and among them more than 1,640 are still missing.

RHETORIC AND EDUCATION THAT DOES NOT HEAL THE PAST

For Blakaj ― who himself bears scars from the war, having been detained by the Milosevic regime from May 1999 to October 2000 when he was acquitted– the latest discourse of current Serb President Aleksandar Vucic, when in his last visit to Kosovo  he called Milosevic a “great Serbian leader,” reminds him of the dark days of the past.

“I think that we should look for accountability from Vucic, of how he can come and hail Milosevic in Kosovo, which is like scratching a wound that hasn’t yet healed,” Blakaj said.

“The institutions, especially those in Serbia have taken every step to inform the citizens or at least pupils and students regarding the past. We are talking of denial of the past, respectively denial of the actions taken by Serbian forces in Kosovo.”

Nevertheless, Blakaj believes that politics have played a key role in seeing war crimes as one-sided, a belief which is reflected among Kosovo Albanians.

“When Albanians refer to the more than 1,640 missing people, war associations or other organizations that deal with the past, they say that Serbia should respond to the fate of those disappeared. However, among the disappeared there are also more than 400 missing Kosovo Serbs.” 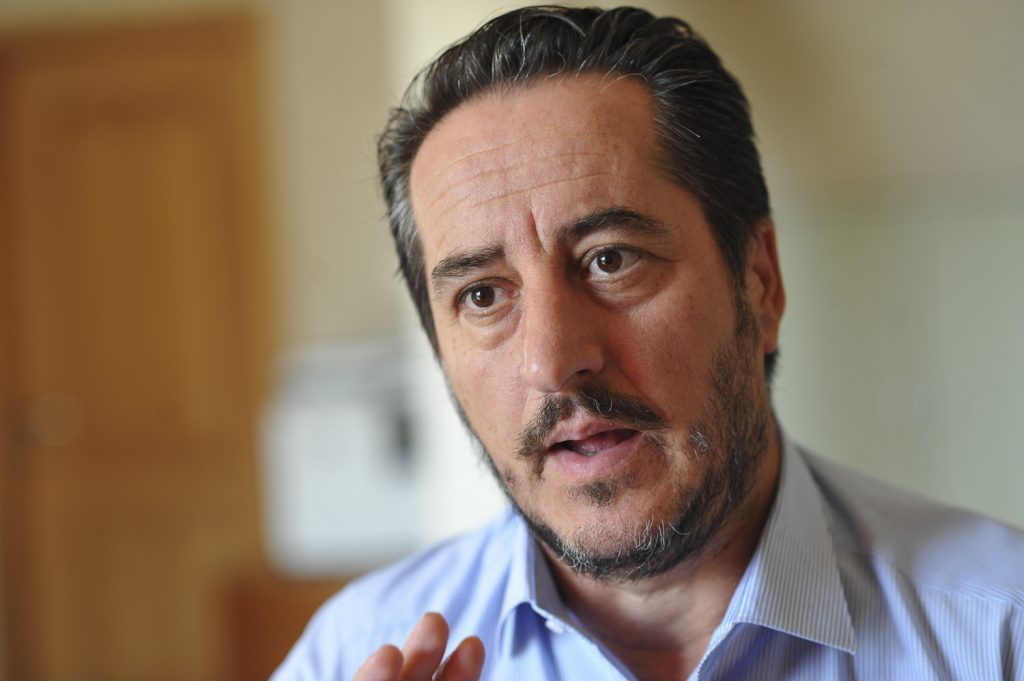 Kosovo President Hashim Thaci last year initiated the creation of the Commission for Truth and Reconciliation, CTR, to address Kosovo’s wartime past. Blakaj supported and still supports the idea in principle, but says that he needs to see “tangible steps” from such an initiative.

One of the main goals of the Commission of Truth and Reconciliation is to build a unified historical narrative, Blakaj explained.

Young generations, be it in Kosovo or in Serbia, are being raised with a one-sided narrative of the past, prejudices against one another and the behavior of politicians is just contributing to widening the gap. Bekim Blakaj

However for Blakaj, to form a commission for the truth and reconciliation to deal with the past and simultaneously to sign an agreement that would not mention the past at all is at best case contradictory, or senseless at worst.

Additionally, beyond such initiatives, Blakaj remains skeptical seeing not only the current political discourse but also how youngsters are being educated about the past.

“Young generations, be it in Kosovo or in Serbia, are being raised with a one-sided narrative of the past, prejudices against one another and the behavior of politicians is just contributing to widening the gap.”

Blakaj is also self-critical when he talks of the contribution of NGOs dealing with transitional justice and their lack of unification for the cause.

“Human rights organisations and those that deal with transitional justice have not unified to make a more powerful advocate,” he said.

Blakaj said that the institutions have neglected the demands of these organizations, although in some cases have shown some readiness to listen to them.

“Although we have had verbal pledges to include the issue of the missing people in the dialogue, this never happened in reality and our voice, although it reached governmental institutions, has never been very powerful,” Blakaj said.

Although supportive of any agreement that seeks to bring peace, Blakaj remains sure that any agreement leaving the issue of the past unresolved is only providing a provisional peace.

“If we aim for long term peace and at the same time we want to hide wounds that have not healed, we should know that they will get infected in the future,” Blakaj said before concluding. “Whoever says that the past should be forgotten has already made a big mistake.”

Irregularities at University of Prishtina continue