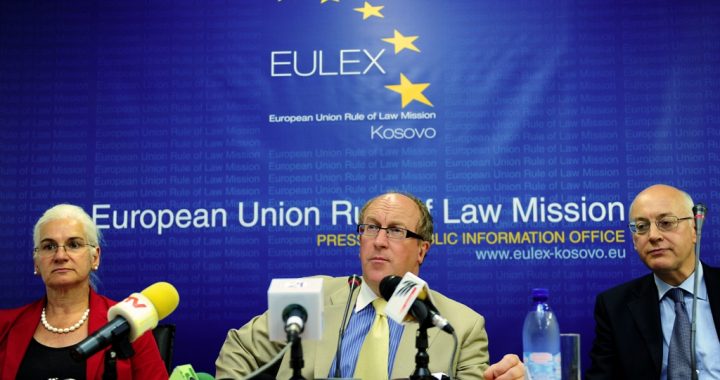 The Kosovo Special Prosecution completed its investigations into the corruption allegations against Francesco Florit, a EULEX judge who allegedly acquitted a suspect in exchange for cash.

In a ruling taken on Friday, the Kosovo Special Prosecution decided to terminate the criminal investigation into four suspects, including the EULEX judge Francesco Florit, accused by his former colleague Maria Bamieh of corruption.

In 2014, Bamieh accused her former employer the European Rule of Law Mission in Kosovo, EULEX, of corrupt practices, claiming that her complaints about potential bribery scandals went unheeded inside the organization. Florit was accused of accepting a promise of a 750,000 euros bribe and allegedly receiving a 360,000 euros bribe to dismiss evidence against three defendants.

The case of Maria Bamieh

The Italian judge has denied these accusations.

In a ruling obtained by Prishtina Insight, the Special Prosecution dismissed the accusations, claiming that there was no proof that Florit either accepted the promise of a bribe, or the bribery itself.

“The evidentiary material collected throughout the investigation prove that the former EULEX judge Francesco Florit has not solicited or accepted any form of bribe, and  has not even accepted a promise of a gift or some other benefit to perform within the scope of his authority an official act,” reads the ruling.

Allegations against the three other suspects were also dropped.