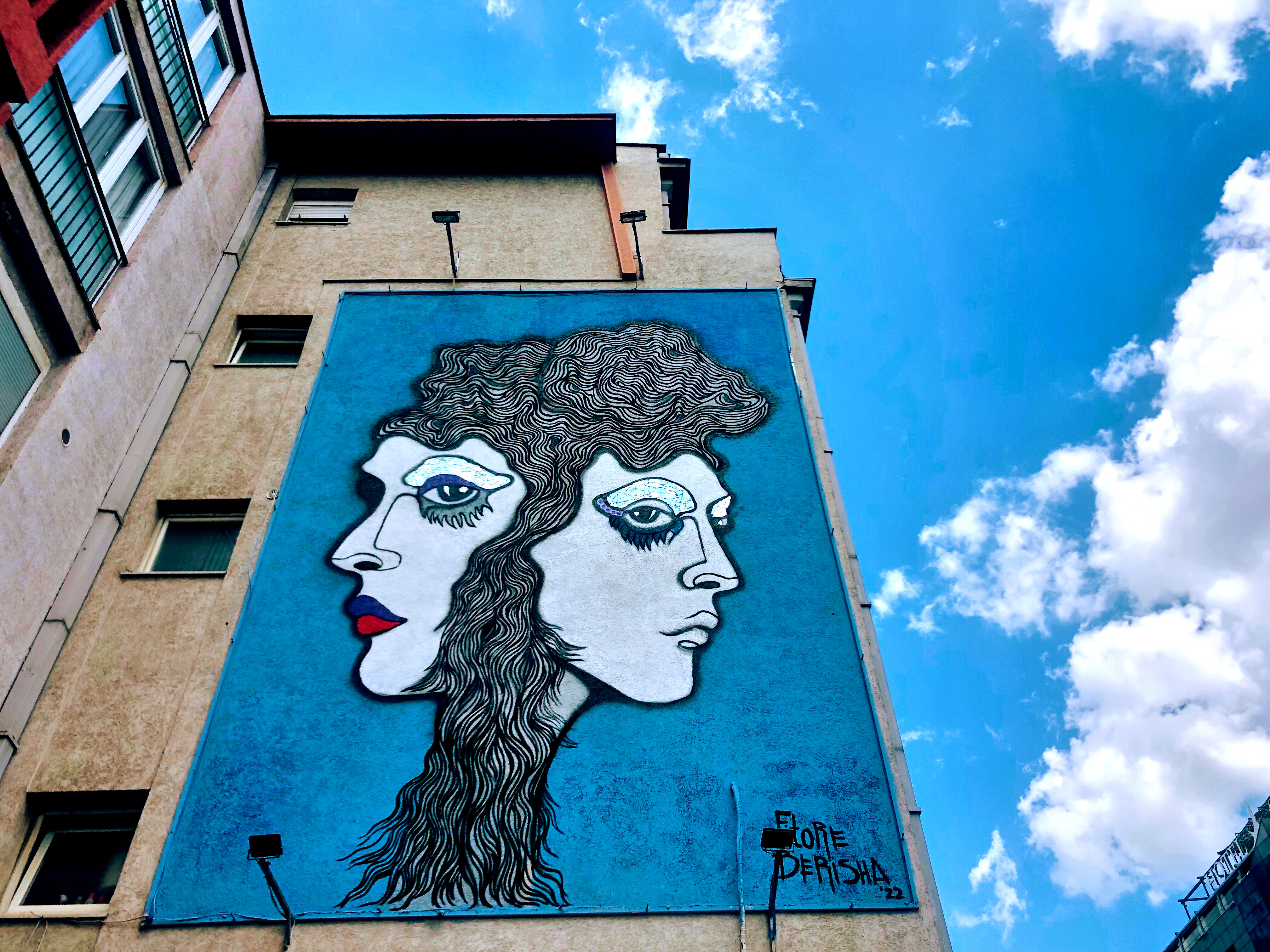 A new mural painted on one of the busiest streets in the capital aims to raise the awareness of society and institutions about violence against women.

A giant mural in blue, showing two women with bruised faces, covers a wall of a building on Agim Ramadani Street in Prishtina.

Painted by the well-known artist Fitore Berisha Alisdottir, the mural is an expression of her revulsion over the violence against women in Kosovo.

The artist who has 25 years of experience in art and murals told Prishtina Insight that this mural was a necessary addition to the capital. Berisha considers Broken Dreams as a sign of revolution towards social changes.

Berisha said she decided to paint this mural in Prishtina because such murals should be made in the capital city, where the government and other important institutions are located. According to her, in this way the message of the mural  can be conveyed more easily in society.

“As an artist, I have a strong emotional sensitivity to injustice, with a broken heart for the lives of women lost to the violence of their partners,” Berisha said.

She considers the work an accumulation of despair from a society and a system that has failed to create a society where such tragedies no longer occur.

This project done by Berisha in cooperation with the Kosovar Center for Gender Studies started immediately after the pandemic because, according to her, cases of domestic violence increased at that time, and the number of reported cases is still high.

Marigona Osmani, Sabile Mavrovqani, Zejnepe Berisha, Diana Kastrati, Hatije Dina, Valbona Ndrecaj and her daughter are just some of the names of women killed by their partners or spouses in Kosovo in recent years.

Data from the Millennium Foundation Kosovo gathered over five years from 2016 to 2020 show that the victims turn first to the Kosovo Police.

During the five years, the police submitted nearly 7,800 cases of domestic violence to the State Prosecutor’s Office.

“I was very appalled and it was important for me to create work with a strong message as soon as possible for all those women who had their dreams cut in half,” she added.

The painter wants to create other murals with sensitizing messages in other cities of Kosovo as well.