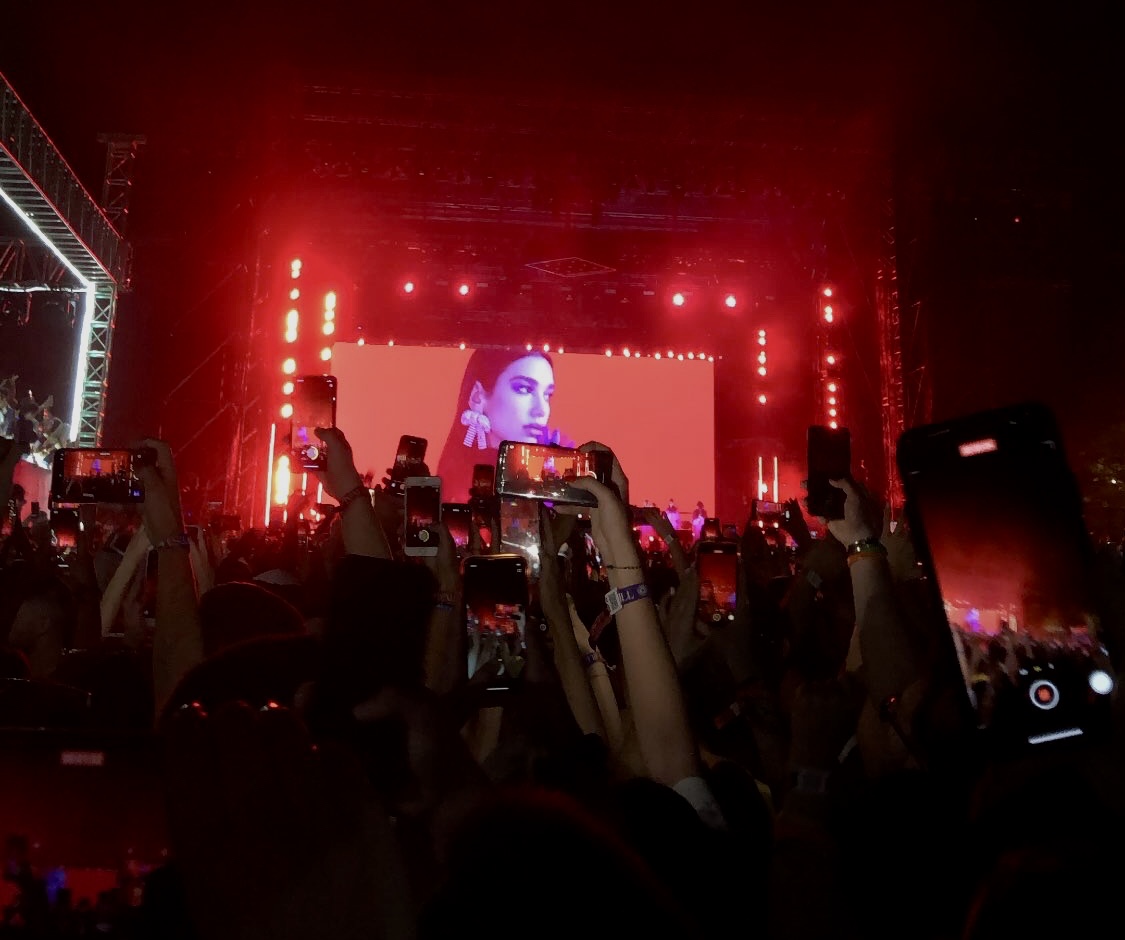 Global star’s show causes massive queues on the first day of the music festival that opened its doors on Thursday.

Thousands of people on Thursday queued to enter Gërmia Park, location of the Sunny Hill Festival,  to watch internationally famous Albanian singer Dua Lipa and other singers perform on stage.

The festival opened on Thursday and will last until Sunday. Other stars of world music in the line-up include J Balvin, Mahmood, Diplo and Skepta.

On the first night, the number of fans was so massive that even though the gate was supposed to close at 10pm, the long queues of people waiting delayed it.

Over 25,000 tickets were sold for this edition, according to the festival’s co-founder, Dua Lipa’s father, Dukagjin Lipa.

With a choreography of world scenes, Dua Lipa ignited the atmosphere with some of her most popular songs, such as “Future Nostalgia”, the hit “New Rules” and her early hit, “Be the One”.

The show lasted until the early hours of the morning.

Dua Lipa said at the opening on Thursday that she felt proud to be back in Kosovo, and thanked everyone for the support, energy and love she has received in Kosovo to organize the festival and contribute to the foundation.

“I feel very good to be in my home, in my country. I feel very proud to be here and bring me the performance,” Lipa said excitedly.

Meanwhile, Festival Director and Sunny Hill Foundation President Dukagjin Lipa said he was happy that they managed to restore the festival after the COVID pandemic and happy to be organizing it in Kosovo.

“We are organizing it in a country where the whole of Europe does not expect such a festival to be organized. We are organizing it in a country that has had much turbulence and continues to have such turbulence, in a country that for years and decades and generations overcame many problems, a little due to the fault of our neighbors, a little due to our own fault. But we all managed to rely on the positive part that our youth possesses,” Lipa said.

A few hours before the official opening of the festival, through its official Facebook page, the festival called for visa liberalization for Kosovo with the EU under the hashtag #SETMEFREE for a #Visa-Free Kosovo!.

“After 11 years of a stalled integration process, we are the only ones [in Europe] who cannot cross borders freely without a visa. But while the EU puts limits on our freedom, we keep our imaginations alive to be FREE,” Sunny Hill wrote on Facebook.

The biggest festival in Kosovo returned this year after a one-year break due to the COVID pandemic.

In June, Sunny Hill gave the bad news that the festival would be moving to Tirana in Albania after numerous administrative delays over the location in Prishtina, in Bërnica.

After shocked reactions to the news of its cancellation, it was decided to move the festival to Gërmia Park and hold another separate edition in Tirana. Sunny Hill will also be held in Tirana on August 26, 27 and 28.

The decision to move to Gërmia was not welcomed by some environmental and animal protection activists who said that the park was a protected area and warned that the festival would likely cause damage.

Dukagjin Lipa said Gërmia was not the place they wanted to hold Sunny Hill in because, “in addition to being a city park, it is also the most difficult space to hold such a festival; but thanks to the police, everything is possible”.

The first edition of the festival took place on August 10 to 12 2018 at Gërmia Park, organized by Dua Lipa together with her father, to raise money for the Sunny Hill Foundation.