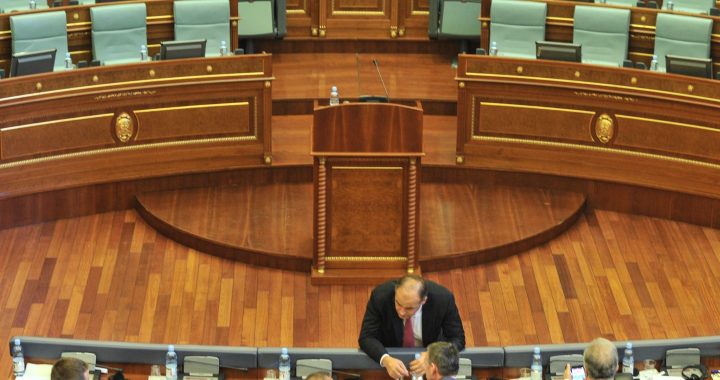 Can there be institutions in Kosovo without PDK?

Decisions made by institutions under the influence of PDK in 2014 led to the current political stalemate. But the vote tally points to a way out.

Anybody following elections in most Western Balkan countries has most likely encountered a the keyword: ‘institutional crisis.’ It is no different with the recent elections in Kosovo, which have not produced a fully-established parliament or government since June.

With the Assembly unable to vote on a government as it cannot elect a speaker without the Democratic Party of Kosovo, PDK, being there, we have an ‘institutional crisis.’ But the question begging to be answered is – how did we get here?

The answer can be traced back to the multiple attempts to ‘de-PDK-ize’ the state, either through various weak, yet meaningful, civil society efforts, or through some opposition political party maneuvers. In all such attempts, and especially their failures, one thing always stood clear: the extent to which the state has become PDK-ized. When I say the state, I am not referring to an abstract notion of the state but to its institutions, such as the Presidency, the Government, the Parliament’s bureaucracy, the publicly owned enterprises, all the public and most of privately owned media outlets, the courts, the prosecutorial offices, and even institutions such as the public universities and the Constitutional Court.

A clear cut example of this is the Constitutional Court, the guardian and highest interpreter of the Constitution. After the 2014 national elections, the opposition political parties, Vetevendosje, VV, the Democratic League of Kosovo, LDK, the Alliance for the Future of Kosovo, AAK, and NISMA joined forces and created the so called ‘VLAN block,’ one of the first serious political attempts to ‘de-PDK-ize’ the state. Together, ‘the VLAN’ block represented a considerable majority in the parliament and the parties were set to create a consensual government which would oust PDK. ‘The VLAN block’ agreed to share public offices: one of the parties would appoint an Assembly Speaker, the other would appoint the Prime Minister, another party would eventually propose the President, and so on.

Suffice it to say that the Constitutional Court (silently supported by many international circles operating in and out of the country) might have served PDK well at the time, but little thought was put into what legal precedent would such a decision create.

While one may argue that it is completely democratic for the political party who comes first in the elections (but note: does not win the elections) to be the only political actor granted the right to nominate the Assembly Speaker from its own ranks, one should then also accept that it is also a strange form of democracy. Let’s take a hypothetical example. In the future say that 20 political parties run for elections. If 19 of them win 4.999 percent of the vote each, and only one wins 5.019 percent, the latter would come first in elections. According to the Constitutional Court’s decision, the party which wins 5.019 percent of the vote, just by the mere fact of coming first in the elections by a 0.02 percent margin is considered so qualitatively different from the others, that it has the right to block the parliament against the will of the 94.981 percent of the elected parliament.

Does the source of the current ‘institutional crisis’ in Kosovo ring any bells now? It definitely should. Whereas back in 2014 the Constitutional Court’s decision came as a relief, and opened the way for the PDK-LDK government to be created under strong international pressure, today we see how such a decision has further strengthened the PDK-ization of the state. In other words, at the moment, no parliament can be formed without PDK, no government can be established without PDK, no state institutions can work without PDK – regardless of the fact that PDK managed to win only twenty-something seats in the 120-seat Assembly and came out as the third biggest party. One may argue that it does not matter because PDK is part of a larger pre-election coalition of PAN which came out first in the elections. But that would be an apolitical view on politics: PAN is simply a manifestation of another aspect of the PDK-ized state. Its existence shows that in addition to state institutions, PDK has managed to PDK-ize even the vociferous anti-PDK political parties such as AAK – making AAK’s premiership-obsessed Ramush Haradinaj nothing but a puppet of PDK.

There is another unfortunate dimension to the Constitutional Court’s decision: the judges’ (and of those who influenced them domestically and internationally) static view on politics. While itself PDK-ized, the Constitutional Court had no reason to doubt that PDK would lose public support anytime soon. The 2017 election results defied this logic. The question may as well soon become, what would happen if VV comes first in elections – as this may become a reality sooner than any of us, including myself, think. VV will have the right, granted by the precedent of Constitutional Court’s decision, to block the Assembly if a favorite candidate for Assembly Speaker from its own ranks is not favored by the overwhelming majority of the Assembly in the future. Oops.

These are interesting times because on one hand, we have the ‘institutional’ PDK blocking the establishment of institutions; and on the other hand, we have an ‘un-institutional’ VV who, not only is not blocking anything, but has succumbed to respecting the Constitutional Court’s decision and is virtually ready to vote for an Assembly Speaker from PDK’s ranks – as long as it is not Kadri Veseli, of course.

The general public, and those with a sense of political activism in Kosovo, may think that they have done their civic duty as citizens by voting, and now it is the job of political parties to resolve differences and constitute institutions. This would be a mistake. While the public vote did an incredible job to change the political contours in the country, it remains far from certain what kind of government will result from this vote.

With the current election outcome, the public faces two completely different, but possible, types of government.

The first type or option would be a PAN government with the following features: (a) it would be led by a PDK-ized Prime Minister from a marginal AAK; (b) it would include many domestic veto players, such as PDK and NISMA and their ability to blackmail premiership-obsessed Haradinaj in the future if the latter does not play by the wishes of the former. Among some other domestic veto players will be those individuals from the coalition led by LDK, known as LAA, giving their votes to others, for without such vote leakage no PAN government can be formed or sustained.  They too will have their own demands on Haradinaj’s PDK-ized government; and worse (c) it would include an international veto player, namely Serbia, through its satellite political party in Kosovo parliament, the Serb List. Since the Serb List’s votes would be necessary to form this type of government and keep it running, the List would be able to blackmail Haradinaj just like PDK and NISMA if the PM would choose to go against Serbia’s wishes. These features are not hypothetical but, at the moment, represent the necessary components of any PAN-led government. It does not look like a very promising government, even if it gets formed.

While the people’s vote was a clear reading of the public sentiment against the PDK-ized state, various forms of public pressure need to be continuously applied to stop the first type of government from emerging.

A third possibility would see LDK and PDK, or an arbitrary mixture of the two, in a coalition once again, which would continue a PDK-ized government. Working against the public sentiment in such a way would open up the possibility for VV to virtually be able to come close to creating a government on its own at some point in the near future – naturally only if elections would be free and fair.