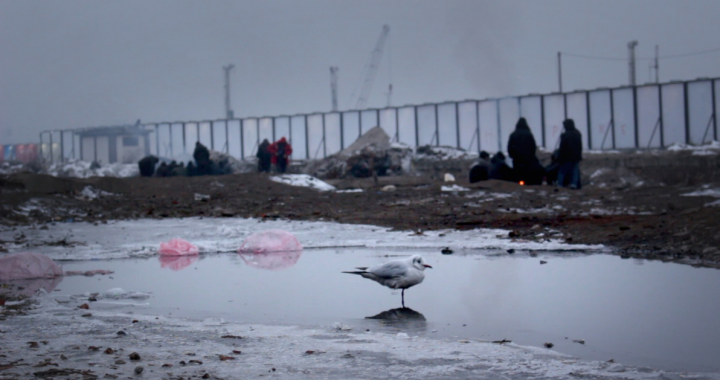 If trains could speak

An essayistic take on the history of the railway, Newsreel 63 is an open-ended meditation on how trains entered our social imaginary and changed it.

I grew up in the shadow of an abandoned train station. Michigan Central Station is an eighteen-story building, which held the title of tallest rail station in the world at the time of its construction in 1913. Today it serves as a haunting relic of a brighter past, a reminder of how it could feel to stand on the shoulders of giants long before those giants abandoned us… and occasionally serves as the set of an illegal photoshoot. Having no working railway lines, Michigan Central remains unmoving, anything but newsworthy, decorated with graffiti and wild vegetation. When I think of the central station, I get caught up on what it once was.

But In Newreel 63, Slovenian filmmaker Nika Autor asks to show you what is occurring in our forgotten stations if you are willing to bear witness to it.

The film evokes a sense of nostalgia by piecing together disjointed imagery of railway stations and trains from the beginning of the motion picture to present day. Somewhere along the ride, that nostalgia turns into disappointment, even contempt. As the film industry and railway transport evolved at a similar pace, each aided in defining the other. Lumiere’s 1896 film of a train pulling into a station proved the power of the projected image. Watching the likes of Chaplin and Harold Lloyd gave the transportation a new identity of alluring adventure and romance. It was like an exclusive club. The essay-like narration that accompanies the images makes a stark comparison: “A train window frames the landscape and the world outside the compartment in a way similar to the edges of a film projection.”

But as time moved on, the film industry soared and the train industry in many parts of the world found itself in ruins. Boxcars that once housed the bourgeois were turned over to aid war, serve regimes, take workers halfway across the continent to earn a less-than-fair wage. Instead of bringing people together, it tore them apart.

The tone of the film concludes on a somber note of existential curiosity. What is the significance of being able to visually capture the barbarity of life? Capped at both ends of Newreel 63 is video footage shot by refugees on a mobile phone who risk the dangerous free ride on the Belgrade-Ljubljana rail line. Anonymous feet are planted vulnerably on a thin metal bar in between train cars. Sneakers threatening to tear at the seams and slip off the edge. The camera pans from side to side as rocks and railroad tie whiz by.

By piecing together the journey of the train on film, Newreel 63 also shows the journey of its passengers. The filmmaker doesn’t go into detail about the lives of refugees or even the details of the stowaway-like journey.  The illicit emotional response regardless of personal specifics should be one and the same. However, it doesn’t feel like an ending, and I am left unsatisfied—not because I thought I was going to witness more haunting grandeur vis-à-vis the Michigan Central Station—but because the railway’s narrative is still in progress. Maybe this means that some of us will pick up our cameras and hit record.

Newsreel 63 screens on Wednesday, August 9, 18:00 at Kino Lumbardhi, and Thursday, August 10, 22:00 at Lumbardhi as part of Dokufest, the international documentary and short film festival held in Prizren, Kosovo.