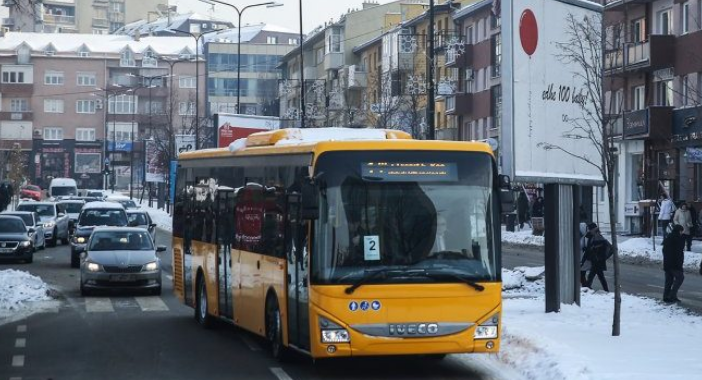 Cars to be barred from entering Prishtina starting Wednesday

Prishtina will adopt an emergency ban on cars and coal to address ‘hazardous’ levels of air pollution.

Deputy Mayor of Prishtina Selim Pacolli announced that cars will be barred from accessing the center of Prishtina starting at 6:00 am on Wednesday. The ban, part of an agreed plan between the Municipality of Prishtina and the Ministry of Environment, will be in force every day between 6:00 am and 10:00 pm until further notice.

All cars will be banned from circulating in downtown Prishtina, with the exception of buses managed by the public enterprise ‘Trafiku Urban,’ which will be offering free rides during this emergency period.

“We will only block the access of vehicles. Only the center will be blocked for vehicles because it is the most affected part. Public transport within this timeframe will be free of charge. This decision comes into effect on January 31 until another decision is made,” Pacolli said.

The emergency plan to “alleviate” the city from high levels of pollution that have been reported in the past few days will affect the main boulevards Bill Clinton, Deshmoret e Kombit, the roundabout in Ulpiana, and Ilir Konushevci Street.

The plan also includes a ban on the sale of coal within Prishtina city limits.

Muhedin Nushi, the city’s administration director, said that at least 40 inspectors will be monitoring and preventing any sale of coal in Prishtina.

“Buses with transport routes from other places will use alternative roads if there are any. These are emergency measures, it is for the good of the citizens. We are going through an emergency phase to improve the situation,” he said.

Nushi asked citizens to not use vehicles at this time, but said that the decision does not include parking spots.

“We have not designated parking spots for vehicles, we ask for understanding so that vehicles are not used at this time. We will discuss the measures against people who do not respect the rules, but as of now there are no punitive measures,” Nushi concluded.

The extraordinary conference was called after citizens and officials sounded an alarm over hazardous levels of air pollution.