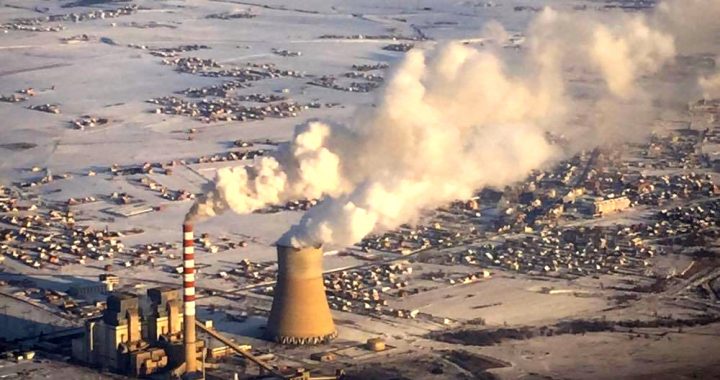 With air marked as ‘hazardous’ throughout the whole weekend, US Embassy data show that the air quality was at its worst since measurement began in March.

The pollution levels in Prishtina set a new record this weekend. The  hourly concentration of micro particles in the air reached the worst levels ever measured at the US Embassy in Prishtina since the US Environmental Protection Agency, EPA, began measuring air quality in March 2016. The last record established on January 1– 505 micrograms per cubic meter of air – was surpassed in the last weekend: with 600 μg/m3 and 606 μg/m3 on Saturday and Sunday evenings respectively.

Throughout the weekend, Prishtina’s air was marked as “Hazardous” and no significant improvement was observed during the morning hours on Monday, either. This is the highest level of pollution determined by the EPA and, according to their Air Quality Index, all Prishtina inhabitants are “more likely to be affected” by the air pollution.

Since Friday, the 24-hour average concentrations of micro-particles in the air have been 10 to 16 times higher than what is considered normal by the World Health Organisation, WHO, guidelines.

In such extreme conditions, the Ministry of Environment and Spatial Planning of Kosovo indicated in its “Guide for Protection from Pollution” that everyone should “avoid all physical activity outdoors” and ask members of sensitive groups – such as elders, children and people with cardiovascular or lung diseases – to “remain indoors and keep activity levels low.”

Weather conditions have an influence on the concentration of pollutants in the air. The dense fog that had settled in the capital these days has trapped the micro particles, while the lack of wind also prevented their dispersal.

Even if the meteorological conditions indeed worsen the air pollution in Prishtina, they are not directly responsible of the emission of pollutants from road traffic, household heating system using coal and wood, KEK power plants and other polluting industries.