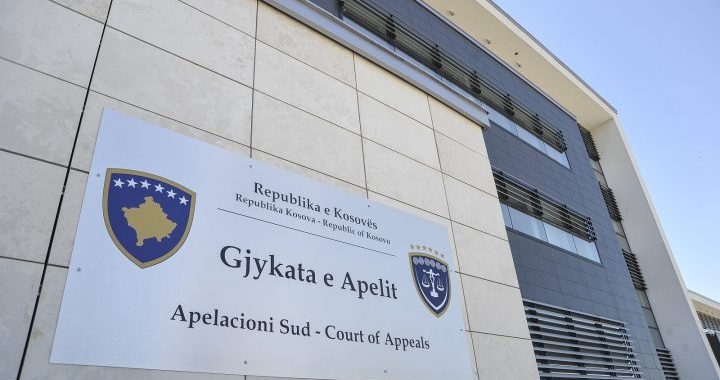 The Court of Appeal on Wednesday upheld the ruling of the Basic Court in Prishtina, suspending the new tariffs of the ERO, ruling that the complaint of the ERO was ungrounded.

The increase in the price of electricity for those whose consumption is over 800 kilowatts has therefore been suspended.

“The Court of Appeals found that the court of first instance correctly established the factual situation and correctly applied the procedural and material provisions in the case of approving the claim of the plaintiff, by which it requested postponement of the execution of the decision of the respondent ERO,” the press release of the Court of Appeal said.

The Basic Court in Prishtina on April 9 suspended ERO’s decision to increase the price of electricity, but despite this, citizens were still billed with increased prices.

The ruling to suspend the price increase followed a lawsuit by the Democratic Party of Kosovo.

After the announced increase in energy tariffs, the party filed a lawsuit and asked the Court to ensure the increase in prices is not implemented ahead of a final ruling.

The new tariffs approved by ERO entered into force on February 9 and were scheduled to remain valid until March 31, 2023.

The issue of electricity prices was widely discussed from the end of 2021 until the first months of this year, when it was decided that consumers who spend over 800 kilowatts of electricity per month should pay more for electricity.

For those who did not consume more than 800 kilowatts, the price of electricity has not changed.

The new tariff, for those using over 800 kilowatts, is 12.5 cents for the high or daily tariff and 5.9 cents for the low or overnight tariff.

But citizens of Kosovo over the last two months have still been billed with new electricity prices.

Following the latest decision of the Court of Appeal, the chairperson of the Democratic League of Kosovo, Lumir Abdixhiku, said citizens should be reimbursed.

“For three months now, the ERO and the Government have billed our citizens illegally. Today’s decision of the Court of Appeal and that of the Basic Court in Prishtina confirm all our arguments about discriminatory and unfair billing,” he said.

According to him, in addition to the return of funds, there should be a review of tariffs and dismissal of the board of the ERO.

ERO decided to increase the price of electricity after the sharp increase of gas prices worldwide.