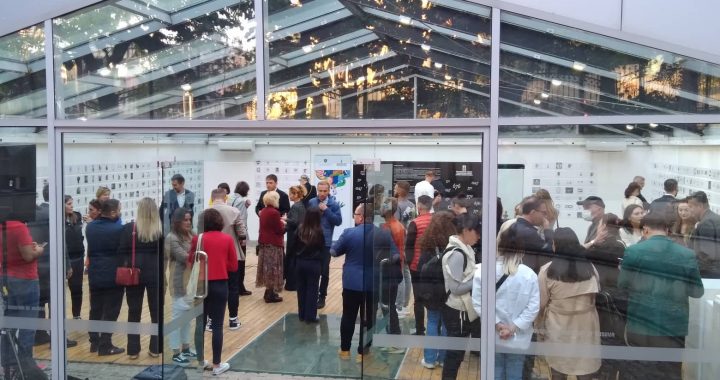 Marking International Museum Day on May 18 in Prishtina, the exhibition ‘Return us home’ was opened with photographs of treasures from the National Museum of Kosovo now held in Belgrade.

The exhibition organized by the Ministry of Culture and the National Museum showed about 700 photographs of exhibits from Kosovo held in museums in Serbia.

As part of the exhibition, the “Goddess on the Throne” was exhibited. Returned in 2002, it is the only item returned from a collection of over 1,200 artifacts from Kosovo – brought home at the insistence of the then former chief administrator of Kosovo, Michael Steiner.

Hajrulla Çeku, Minister of Culture, stated at the opening of the exhibition that the most valuable items from the National Museum of Kosovo remain stuck in Serbia.

He said that he is working with international organizations to have this cultural heritage returned.

“Through public and non-public activities such as lobbying, we will continue to work until the goals for the return of NMK treasures are achieved,” Ceku said.

Ajet Leci, director of the National Museum of Kosovo, recalled various failed requests sent to museums in Belgrade for the return of the artifacts.

“In 2021 the NMK addressed the ICOM, International Network of Museums, to seek support for the return of the archaeological and ethnological collection, as well as to address this issue in respective forums and put pressure on Serbia to return the collections of Kosovo,” he said.

An archaeologist, Zana Rama, emphasized that on May 18 the NMK dedicated itself to the archaeological and ethnological treasure of Kosovo held in Serbia with the call: “Return us home”.

“Based on the NMK register, for 23 years the Archaeological and Ethnological Fund of Kosovo has lacked 1,247 exhibits, which are unjustly kept in the National Museum in Belgrade and the Ethnographic Museum,” Rama said.

In February 1999, towards the end of Serbian rule in Kosovo, 1,247 artifacts,  571 ethnological and 676 archaeological artifacts, were taken to Serbia.  This heritage was taken away for a “short exhibition” in Serbia.

Part of the NMK collection held in Serbia includes some of the museum’s most important artifacts, such as a musical instrument, the Okarina, an Eros head found in Ulpiana, a bust of a Dardanian woman, the main part of the Glamnik mosaic, and more.