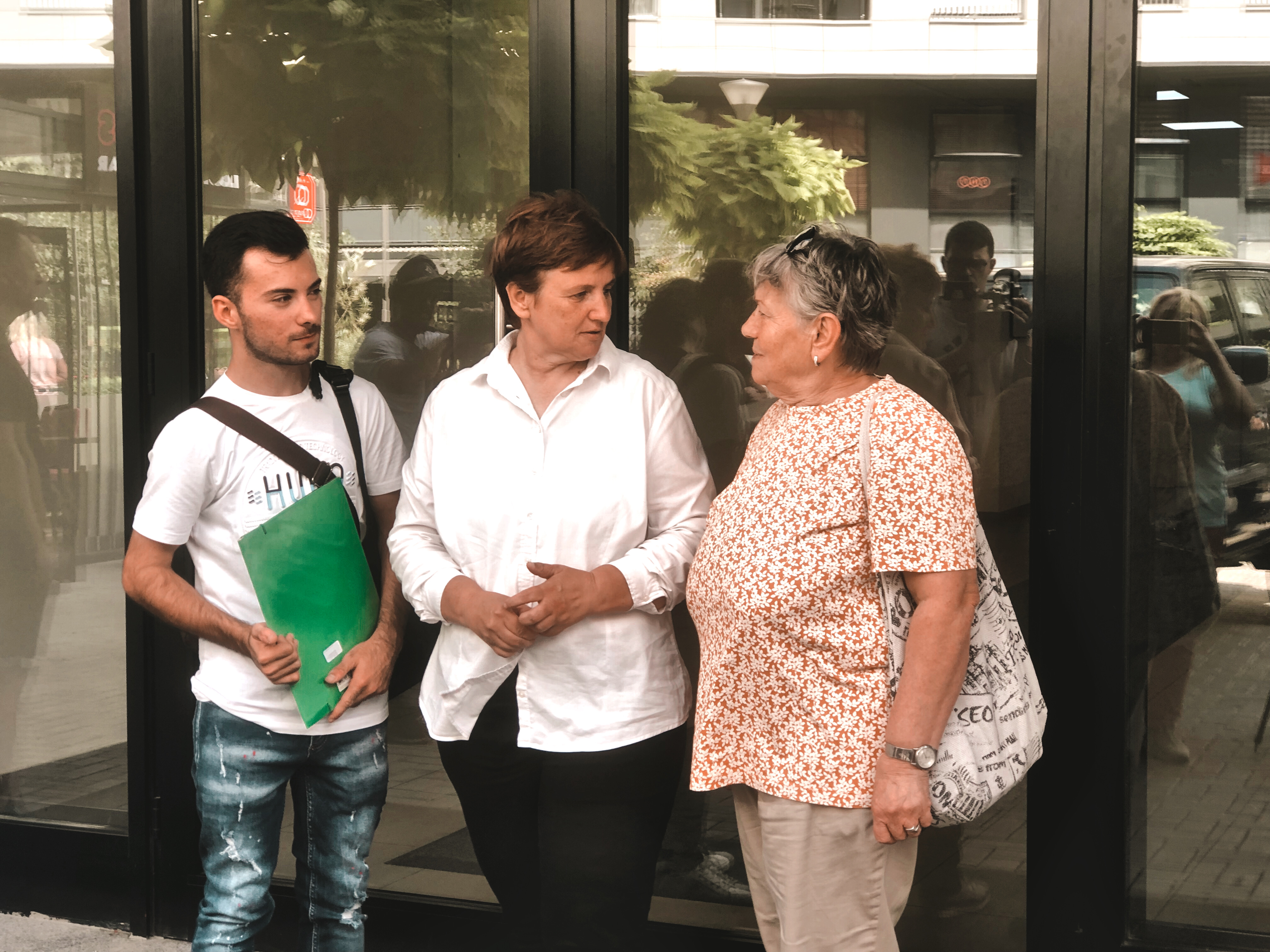 The Association for War Crimes, Gjakova 98-99, has submitted three criminal charges for war crimes in Gjakovë during the last war in Kosovo to the Special Prosecutor's Office of Kosovo against the former commander of the 549th Motorized Brigade and now vice President of Serbian Parliament, Bozhidar Delic.

The Association for War Crimes, “Gjakova 98-99” submitted to the Special Prosecutor’s Office of Kosovo three criminal charges against the former commander of the 549th Motorized Brigade and now vice-president of Serbian Parliament, Bozhidar Delic.  These criminal charges have been filed against Delic for committing war crimes in Gjakovë.

The leader of the organization, Shkëndije Hoda, said that together with the criminal reports, they also submitted other factual documentation “in the form of a diary of the operation of the 549th Motorized Brigade under the command of Bozhidar Delic.”

“The perpetrators were identified from Albanian civilians, who, during that time, were detained or mistreated. There are criminal reports. But this material is handwritten by the officers of this brigade,” she said.

According to her, there are more than 200 sheets written in cyrillic letters in criminal reports.

“It doesn’t matter how we secured this diary, what matters is that the state has it,” said Hoda, refusing to tell how they managed to secure the diary.

The organization’s representative, who is also a survivor of the Meja Massacre, Gjokë Sokoli, said that they have evidence that Delic, despite being an general of the Serbian army during the war, also committed crimes as a civilian.

According to him, the association has provided hundreds of testimonies that Delic, although an Army general, even in civilian clothes, separated people from the convoy, and that he committed crimes in the Massacre of Meja, Krusha and Korenica.

“It is a shame that the criminal was elected vice-president of the Parliament of Serbia. It should be the Ministry of Justice, not us, who should appeal to the world that the president of Serbia surrounds himself with this criminal that has his hands in blood”, said Sokoli at the conference.

Sokoli also said that they have a witness with 6 wounds as a result of the war, which is a witness that saw Delic separating 20 people from the convoy.

According to him, Kosovo is failing to solve war crimes because it is going empty-handed in negotiations with Serbia.

“I have published a book with victims who were killed for 2 hours in the Massacre of Meja. Take the book there, don’t go empty-handed. We [the institutions] are not working. Serbia is making us equal because we are not using the arguments,” he added.

In February of this year, this association submitted 80 criminal charges for war crimes in Gjakovë to the Special Prosecutor’s Office.

From 2000 to 2008, war crimes in Kosovo were investigated by the United Nations Organization Mission, UNMIK. From 2008, the investigation of war crimes was the responsibility of the European Mission for the Rule of Law, EULEX. In 2018, the EULEX mission completed the process of submitting files to the prosecution and local courts.

Gjakova is considered among the municipalities that suffered the most in the war of 1998-1999, where around 1,200 people were killed. According to the Fund for Humanitarian Law in Kosovo, the municipality of Gjakova has the largest number of missing persons.

During the war in Kosovo, about 14,000 people were killed.