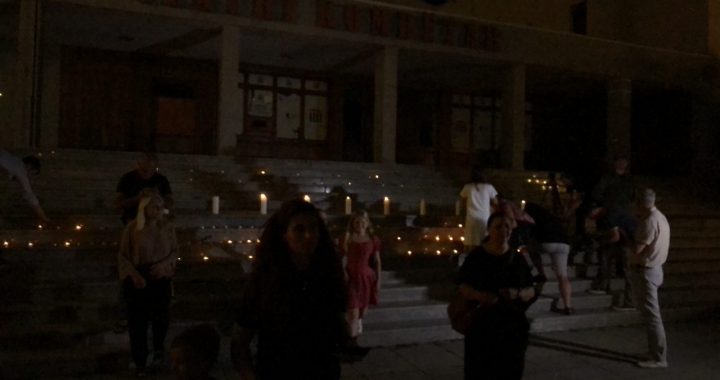 Flags were lowered, candles were lit and Monday was declared a day of mourning, after ten Kosovo citizens traveling home from Germany died when their bus crashed in eastern Croatia.

Kosovo President Vjosa Osmani declared Monday a day of mourning after 10 Kosovo citizens lost their lives in a traffic accident at Slavonski Brod in eastern Croatia, on their way home from Germany to Kosovo, where thousands of diaspora members from Western countries spend their summer vacations.

The accident occurred on Sunday at around 6.20am when the bus transporting 67 passengers swerved off the road. Around 40 passengers were hospitalised and 15 of them were in a serious condition. Ten died.

On Monday, flags were lowered to half mast in front of all Kosovo institutions while on Sunday evening people lit candles at Prishtina’s main square in memory of those who had died in the accident.

Osmani cut short her visit to Japan where she was staying to support the country’s athletes competing in the Olympic Games in Tokyo. “With heart and spirit, we are today with the families who lost their loved ones in this tragedy,” she said.

Prime Minister Albin Kurti was taken to Slavonski Brod on Sunday on a special flight provided by the peacekeeping force KFOR to oversee the situation of those who were injured.

“This is a sad day, with pain and sorrow for our people … We express our condolences to the families and friends of those 10 people who died in this terrible accident and speedy recovery to those who are injured,” Kurti said after visiting the injured passengers in Slavonski Brod hospital together with his Croatia counterpart, Andrej Plenkovic.

Croatia’s Plenkovic said his government would assist those who are hospitalised. “We have visited all patients who are undergoing medical care. Most of them are in a stable condition. We are trying to be close to those who have suffered this tragedy,” Plenkovic said.