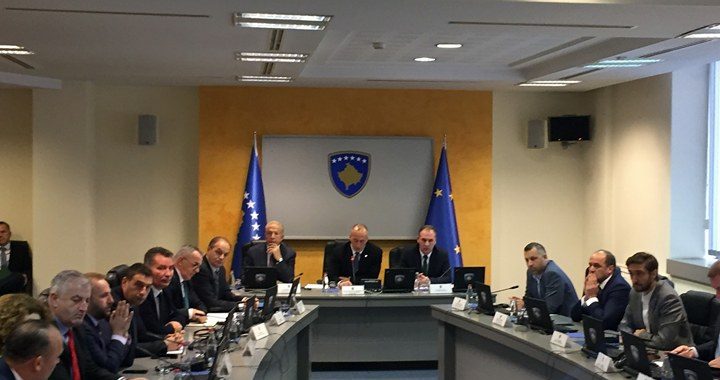 Kosovo’s Prime Minister sends a new report by the State Commission on Border Demarcation, which claims that the 2015 demarcation agreement is not in Kosovo’s favor, to the Assembly for discussion.

He said the previous commission, headed by Murat Meha, should have considered topographical data, not just cadastral data. He also said that Kosovo’s border should not only be based on the 1974 Yugoslav Constitution of the Autonomous Province of Kosovo–one of the criteria previously used to argue the legal basis of the 2015 agreement.

“Our commission has unanimously concluded that the border is not in line with the administrative line of the former Socialist Autonomous Province of Kosovo,” Bulliqi said.

Upon taking office in September, Kosovo Prime Minister Ramush Haradinaj dismissed the State Commission for Border Demarcation and Maintenance, which had reported that Kosovo Kosovo had ‘lost no land’ in the 2015 Montenegro border deal.

Prime Minister Haradinaj, whose party Alliance for the Future of Kosovo, AAK, has maintained opposition to the deal, quickly appointed Bulliqi, a geography professor and vocal critic of agreement, to establish a new commission and review the work of the previous commission.

Opposition groups have protested the agreement, saying that the deal would cause Kosovo to lose 8,000 hectares of land.

On Monday, Deputy Prime Minister Enver Hoxhaj criticized the new commission, stating that it did not present new information.

“You were not concrete, I did not see any new clarifications. When subjects are complex it is the duty of commissions to make them simple. I have the impression that you have complicated issues further,” he said.

After the commission’s presentation to the government, Prime Minister Haradinaj sent the new report, which is not yet available to the public, to the Assembly for discussion and review. A session to vote on the 2015 agreement has not yet been set.

In order for the Kosovo Assembly to ratify the 2015 deal, two thirds of the MPs must vote in favor.