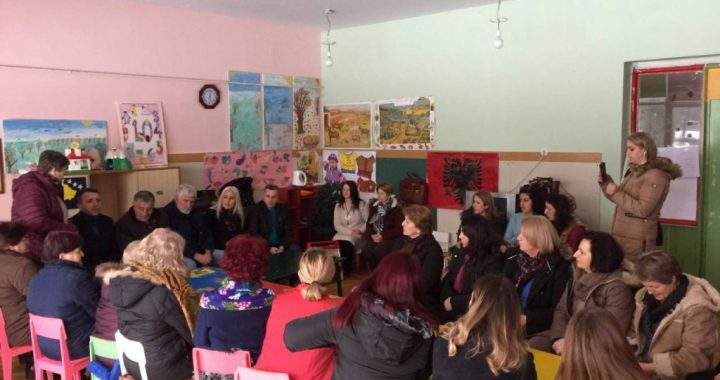 Despite attempts to end the teachers’ strikes in force across Kosovo, Prime Minister Ramush Haradinaj’s proposal for a 10 per cent salary increase for teachers was rejected by the teachers’ union, as strikes continue.

The Prime Minister of Kosovo, Ramush Haradinaj, and the Union of Education, Culture and Science of Kosovo, SBAShK, failed to reach an agreement that would end the current teachers’ strikes after a meeting held on Sunday. The education strike is set to continue, entering its second week since the strikes began on January 14 .

A communique issued by SBAShK on Sunday said that the union decided to continue  the strike in the education sector.

“The general strike across the entire education system starting from kindergartens, pre-university education institutions and universities will continue in the coming days,” reads the statement, “as state institutions have not met the legitimate and fair request of SBAShK to raise remuneration in the Draft Law on Salaries to 30 per cent for all employees in Kosovo education.”

Following his meeting with SBAShK representatives yesterday, Haradinaj said that the government decided to increase the salaries of educators, while urging SBAShK to end the strike. Haradinaj added that the Kosovo government has allocated 20 million euros in salary increases in the education sector and that substantial salary growth has been voted for by all parties, and is supported by the Ministry of Finance as well.

“There is a substantial increase in salaries,” Haradinaj said, noting that “all of them have agreed to this growth, including opposition parties.”

Haradinaj also said that the head of SBAShK, Rrahman Jasharaj, was informed about this increase, and was requested to end the strike as soon as possible.

However, according to SBAShK, this offer by the Government remains unfair, as it has failed to meet the requirements they demanded.

“This offer does not meet the requirements of SBAShK, especially due to the fact that technical workers, administrative workers and the entire university system are excluded from it,” reads SBAShK’s communique.

According to SBAShK, the offer from the prime minister would increase teacher’s remuneration by 10 per cent, and not the 30 percent that they requested, and therefore the union decided to continue with the strike.

“The strike continues in the following days, hoping that we will continue with the dialogue until our requirements are met,” said head of SBAShK, Rrahman Jasharaj, told BIRN.

On the other hand, The Ministry of Education, Science and Technology, MAShT, appealed to SBAShK to end the strike. A press release from the ministry published on Sunday stated that Minister of Education, Science and Technology, Shyqiri Bytyqi, urged SBAShK to make a decision in order to end the strike and for education to resume.

“MAShT calls upon MEDs [local education departments], in conformity with their responsibilities, to do the utmost in order to start the curriculum throughout the country,” the press release reads.

Three of these municipalities who declared an end to the strike, Rahovec, Decan and Junik, are headed by mayors within the political party of Ramush Haradinaj, the Alliance for the Future of Kosovo, AAK.

Jasharaj said that the strike will continue in these municipalities regardless of these declarations, and that the decision to strike is a choice of the teachers themselves, rather than the mayors.

“Mayors have come up with these statements, but only teachers and other employees of the entire education system are entitled to decide on this issue. Everyone will be on strike tomorrow,” said Jasharaj.

Jasharaj denied that there is any disagreement on these issues within SBAShK’s membership.

“There is no misunderstanding between us; I don’t think there will be [disagreement] either. The strike is a legitimate mechanism, and I do not believe there will be any inconsistency,” he said.

SBAShK’s strike has been in place since January 14, demanding salary increases of up to 30 per cent from the Kosovo Government, who had planned to send the revised version of the Draft Law on Public Sector Salaries to the Assembly for approval without meeting the demands of the union.