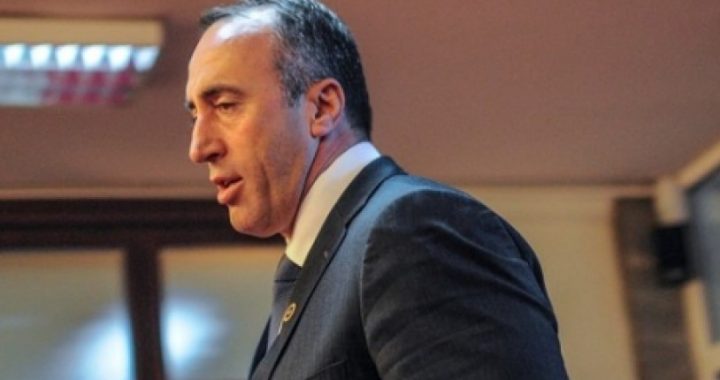 Haradinaj shakes up UP to help enrollment of adviser’s son

A university transfer request from medical students in Macedonia, including son of advisor to Haradinaj, has been pushed to the UP senate with the help of the Kosovo prime minister.

Kosovo Prime Minister Ramush Haradinaj supported a request from 91 students of the Tetovo State University in Macedonia to transfer to the University of Prishtina, UP, after previously being refused admission to the UP Faculty of Medicine for not fulfilling its criteria.

Haradinaj’s request was sent to the senate on Monday, and it is scheduled to be reviewed on Thursday. The Faculty of Medicine, Minister of Education Shyqiri Bytyci, the EU office in Kosovo and NGOs that deal with education see this request with skepticism, with some even considering it an intervention into the UP’s autonomy.

Among the students who were refused transfer by the Faculty of Medicine is Art Jaha, son of Luan Jaha, Haradinaj’s adviser for healthcare.

Jaha’s son was not allowed to continue his third year of studies at UP because he did not meet the criteria of gathering 60 ECTS credits and did not pass the required number of exams according to the committee that made the evaluation.

Contacted by BIRN, Luan Jaha justified Haradinaj’s request by saying that it is not an order but a suggestion, and that it is up to the senate to decide.

Despite being asked, Jaha did not say whether his son will benefit in case the students in Tetovo are transferred to the UP. BIRN tried to get a comment from Art Jaha, but he did not respond by the time this article was published.

BIRN spotted the name Art Luan Jaha in the official list of students that were refused transfer by the Faculty of Medicine.

In the 45th meeting of the UP senate on Monday, the fourth point of the agenda involved the letter from Haradinaj where he requests the review of the possibility of transfer for a number of students from the State University of Tetovo to UP.

The same day, BIRN reported on a series of objections directed to this request.

BIRN initially requested a comment from Libor Chlad, deputy chief of department for cooperation at the EU office in Kosovo, regarding this issue.

Chlad raised concerns and questions about the request saying that “primacy of law means that we use the same meter for all.”

“We have been supporting the concept of rule of law in Kosovo for many years. I understand that these ‘transfers’ of students are used to bypass the entrance examinations in Kosovo. I think that it is fair to ask if the university has the capacity to accept everyone who shows interest and if so, what is the impact on the quality of tuition?” he said.

“Most importantly, what is the message you are sending to the future doctors? Is this how you want them to be when they treat you in the future?” he continued. “And how about those who could not get in in a regular way, maybe by just one mission point on a test? How is this fair?”

Minister of Education Shyqiri Bytyqi said that he was not informed about this request by the prime minister, but he said that such transfer would have to be based on specific criteria.

In a response for BIRN, Bytyqi said that the independence of the university needs to be preserved in these decisions.

“As minister of MASHT [the Ministry of Education, Science and Technology] I do not have information regarding such a request by students of the University of Tetovo for transfer to the UP. What needs to be considered in this case is that the University of Prishtina is an independent institution that needs to act based on these principles,” Bytyqi said.

Similarly, Suzana Maxhuka-Kerliu, dean of the UP Faculty of Medicine, said that her institution refused the transfer of these 91 students in order to avoid violating the foreseen criteria for transfer or study in this faculty.

In a press conference on Tuesday, Haradinaj said that student transfer from Tetovo is a long-standing tradition, and that he was not aware that Jaha’s son was on the list.

“I received a letter from the students and parents for their transfer. If this is an intervention the rectorate can give its evaluation, but I say that it [student transfer] is a previous tradition,” he said.

Manxhuka-Kerliu and Jaha issued different statements regarding the current state of the Faculty of Medicine and the impact that the transfer of 91 students from the University of Tetovo may have.

The faculty rejected the students’ request for transfer.

Regarding the reasons for refusal of the transfer, BIRN spoke to Manxhuka-Kerliu, dean of the faculty.

Manxhuka-Kerliu listed the reasons why such a transfer would be harmful, saying that it would go against the rules of the Accreditation Agency, meaning the acceptance of a higher number of students than is allowed according to the accreditation.

According to her, the transfer could harm the quality and regular study curriculum; there are budget implications — based on an approximate calculation it would cost the UP 742, 966 euros; there is no sufficient infrastructure or academic staff for teaching; criteria for admission or rejection need to be the same for both students from the University of Tetovo and the Faculty of Medicine at the UP, otherwise UP students would be discriminated against.

BIRN asked Jaha about the same issue, who said that the Faculty of Medicine, according to him, is in favor of having more students.

“This would not be a precedent, there have been practices of transfer in the past. Transfers are even regulated by the [UP] statute. There has been readiness for to increase the number of students by both the Faculty of Medicine and the rectorate, while the added finances for assistants and finances for concretization that will be allocated by the government in case of transfer will guarantee that the transfer will not harm the quality of teaching,” Jaha said.

Regarding this issue, higher education watchdog ORCA said that Haradinaj’s letter constitutes a flagrant violation of the university’s independence.

“This point constitutes a clear intervention in the academic autonomy of the university. This request should have been automatically refused by the rector, who today failed to fulfill his duties that stem from the statute, which was approved by the Kosovo assembly. This statute as well as the Law for Higher Education in Kosovo have set out that the university has autonomy for academic issues. This autonomy… cannot be violated by such absurd requests from the prime minister and his advisers for their or their families’ personal interests,” a reaction by ORCA read.

ORCA added that such an intervention can have consequences, like the dismissal of the Accreditation Agency from EQAR, the European Quality Assurance Register for Higher Education.

“Our experience with interventions by the prime minister and his advisers is bitter, an example is Kosovo’s dismissal from EQAR, which we are trying to overturn with our many efforts as a society, institutions and non-governmental organizations. Thus, ORCA invites the prime minister to deal with issues of the Republic [of Kosovo] that apply to him according to the constitution and other laws in the country, while the war for quality in education will be fought by those who are not impeded by them or their children’s interests,” the reaction reads.

Haradinaj has previously expressed praise for Jaha. In an interview on the first 100 days of his term in office, Haradinaj gave a high assessment for Jaha’s person and his work.

“Luan is quite versatile, I am not saying it because he is my adviser. He is possibly one of the most skillful people whom I hold in high esteem in healthcare. I have known him for a few years, I know that he has developed many skills with professional backing. Luan is an external advisor for healthcare, he is a well-rounded person regarding knowledge and science,” Haradinaj said.