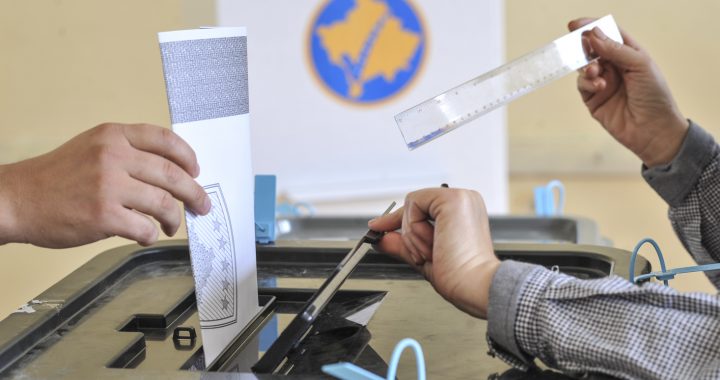 The 2017 local elections in Serb-majority municipalities ‘did not meet several international and European standards,’ says the final report by the EU’s Election Observation Mission to Kosovo.

“Elections were genuinely competitive in most of the Kosovo Albanian majority municipalities. However, the campaign environment within many Kosovo Serb and other non-majority communities was marred by intimidation,” said Alojz Peterle, MEP and Chief Observer of the EU’s Election Observation Mission to Kosovo, at the presentation of the mission’s final report on the 2017 mayoral and local assembly elections.

The report mirrored the mission’s preliminary findings from October’s local elections, saying that non-Srpska Lista entities and voters were targeted and intimidated, including pressure on individual candidates to withdraw. Following the runoffs, Srpska Lista won each of the 10 Serb-majority municipalities.

The EU Election Observation Mission received reports that in Klokot and Ranilug, “institutions functioning in the so-called Serbian parallel system… were involved in pressuring and dismissal from their employment of non-Srpska Lista candidates and their families.” The mission also said that the campaign environment in Leposavic was particularly tense.

The observers also received complaints of vote-buying in Partesh and Gjakova.

“Some interlocutors indicated that vote-buying had become an entrenched part of the local political culture, stating the accepting money or other benefits in exchange for votes was justified by the lack of other opportunities, especially in non-majority communities such as Roma, Egyptians, and Ashkali,” the report states. “This affects voters’ freedom to form an opinion, at odds with the principle of free suffrage in European and international standards.”

Peterle also noted the low number of women candidates in the local elections.

“Kosovo should identify effective measures to enhance the participation of women in the electoral process,” he said. Only eight women, out of 204 candidates, ran for mayorships in the 2017 local elections.

Although the first round of voting and the runoffs were both assessed as overall calm and orderly, observers raised concerns about the voting and counting process.

“Especially the performance of the polling staff deteriorated at the counting stage, as the vote count procedures were not always followed,” the report states. The mission recommends that polling staff undergo better training and that ballot papers for municipal assembly elections be redesigned for better voter understanding.

The report says that the out-of-Kosovo-voting system, which is based on postal voting, is susceptible to abuse. It also says that Kosovo’s media landscape is pluralistic and lively, but recommends that politically-sponsored media airtime be limited.